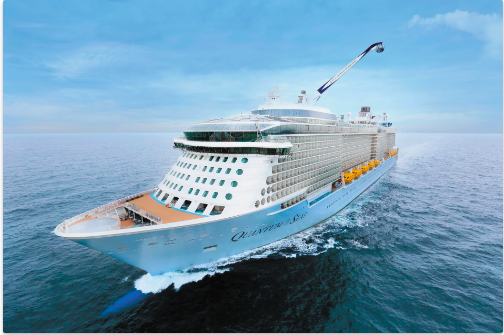 Royal Caribbean suspends some of its global cruises until 2021

Royal Caribbean has decided to cancel some of its global cruises that were scheduled to begin sailing in November and December.

The Company said that after further consulting with its partners at Cruise Lines International Association and in conjunction with the Centres for Disease Control and Prevention (CDC, they have decided to extend the suspension of sailings for its global fleet for all sailings through November 30th, 2020.

The company said its goal was to resume operations on December 1st, 2020.

However, circumstances have extended the suspension of the following ships and sailings:

• Odyssey of the Seas sailings from November 5th, 2020 through April 17th, 2021 will be cancelled. The company said given the closure of shipyards along with the disruption to the supply chain caused by this pandemic, they will need additional time to complete the Odyssey of the Seas’ scheduled construction.

• Liberty of the Seas’ amplification has been postponed to a later date, and the ship will now sail to Galveston earlier than planned. Regrettably, only one ship can dock at the Galveston pier at a time, so the company has to cancel its February 14, 2021 Jewel of the Seas cruise.

The company said, “In preparation for our return to service, we’ve been making changes to our existing itineraries to ensure we meet the evolving needs of our guests and are aligned with any existing travel restrictions.”

As a result, the Quantum of the Seas sailings departing December 2nd, 2020 – March 22nd, 2021 have now been cancelled as part of this change, while the company assesses its next move for this ship.

On Thursday, the company announced that it reached a deal with Singapore to offer cruises on Quantum of the Seas, beginning in December.

An array of 3- and 4-night cruises were approved by the Singapore Government to begin sailing on December 1, 2020. These new cruises were only available to residents of Singapore.

The company also announced that certain onboard venues or experiences would operate differently or not be available at all, at least initially.

Specifically, Royal Caribbean’s famous Windjammer buffet would not be open for dinner while there was to be a reduced capacity onboard.

In addition, while most onboard experiences will be operating normally, some will not due to health concerns including: