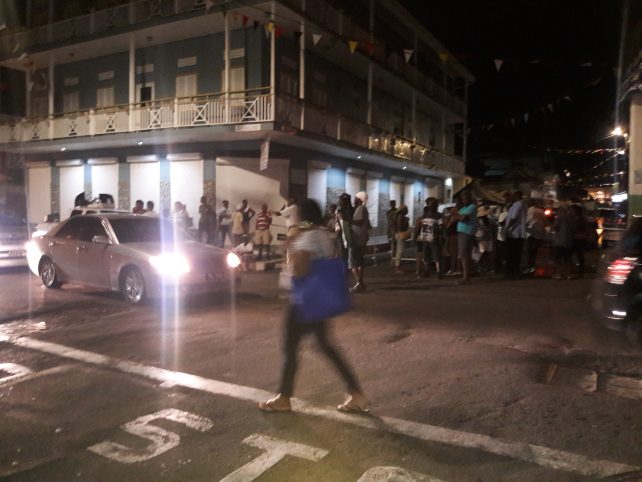 The police dispersed tear gas on the people of Dominica who are demanding free and fair elections.

They are requesting electoral reform from the President of Dominica, Charles A. Savarin, who was elected President of the Commonwealth of Dominica by the House of Assembly on Monday, September 30, 2013.

A group of Dominicans, relentless in their campaign for electoral reform in Dominica, have vowed to continue protesting around the clock in pursuit of their demands for the cleansing of the electors list and the issuance of voter ID cards before elections can be held.

The protesters spent the entire night at the eastern junction of the junction of Independence Street and Kennedy Avenue where police barricades had been set up to prevent them access to that section of the street where the Government Headquarters and Financial Centre are located.

All CEPEP workers to get increased wages, no reduction in working hours or workers 0