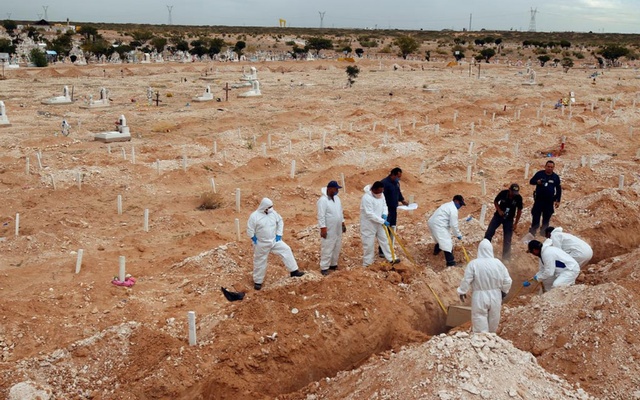 On January 13th, Mexico accumulates 1 million 571 thousand 901 confirmed cases of COVID-19 since the pandemic began. As well as 136,917 deaths by the disease caused by the SARS-CoV-2 virus.

Together with the Undersecretary of Health Hugo Lopez-Gatell, Dr. Ricardo Cortes Alcala, head of Health Promotion, was the one who presented the numbers of the pandemic that accumulate until this Wednesday in the country. And revealed that there is the positivity index Before the COVID of the Mexicans it increased by 2 percentage points: now it amounts to 45%.

According to COVID figures of the Ministry of Health (SSa), in the last 24 hours 15 thousand 873 cases. In addition, the agency added 1,235 deaths, which occurred throughout the country.

In the same way, it highlights that, until this Wednesday, January 13th, add up to more than 1 million 176 thousand cases recovered of COVID-19, among 1 million 571 thousand accumulated. However, it is estimated that there are more than 98,700 active cases throughout Mexico. With this, he refers to the infections that were confirmed in the last two weeks.

For his part, Lopez-Gatell stressed that this Wednesday the program of mass vaccination against COVID for medical personnel across the country.

Likewise, the SSA data show that the hospital occupation continues to rise after year-end meetings. In the Valley of Mexico, both COVID and general hospital beds are on the verge of oversaturation.

In this sense, the data show that, in Mexico City (CDMX), general hospital beds are occupied by 91%, and in the State of Mexico (Edomex), 83%. In the same way, beds with a fan, intended for COVID patients and with respiratory diseases, 87% are employed in CDMX and 79% in the Mexican territory.

However, other states with a high hospitalization for COVID-19 are Nuevo León, Guanajuato, Hidalgo and Puebla.