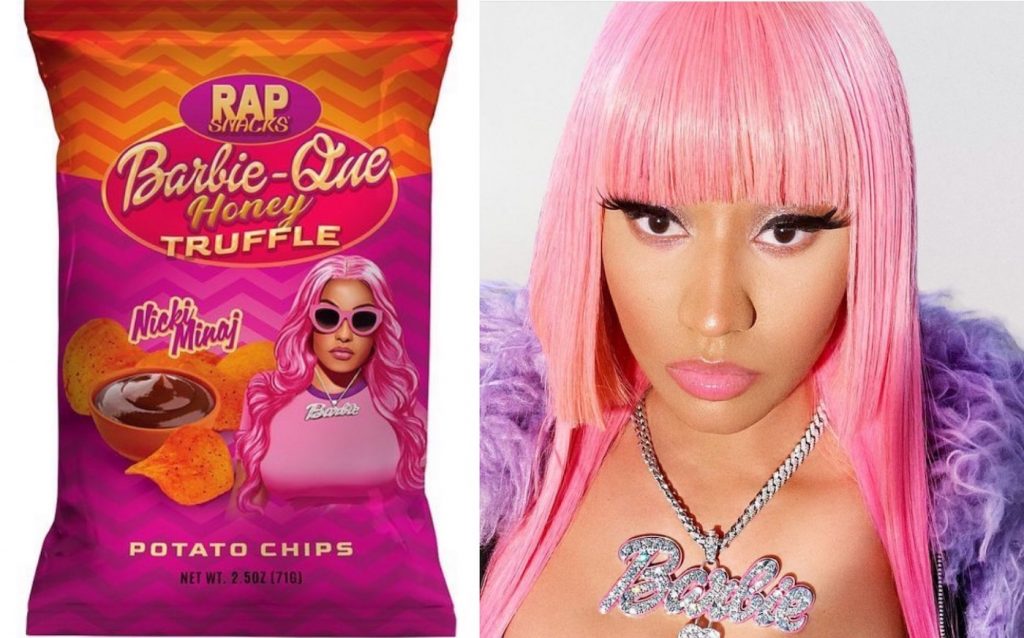 Nicki Minaj is stuck in the middle of a lawsuit between Mattel and Rap Snacks over the rapper’s tailor-made potato chips — although she’s not a defendant in the suit.

According to AllHipHop, Mattel filed a lawsuit against Rap Snacks on August 8 alleging the food company didn’t clear the use of its Barbie trademark for Nicki Minaj’s Barbie-Que Honey Truffle Chips that launched in July.

Mattel’s attorneys claim that reps for Nicki Minaj made sure to go back to Rap Snacks to see if they cleared the Barbie trademark for their own use on the chips.

“Rap Snacks never requested or received any such permission from Mattel. Rap Snacks proceeded to launch its product line anyway,” the suit reads.

Mattel is suing for punitive damages and is seeking to be awarded all profits generated by Rap Snacks’ Barbie-Que Chips along with having their legal fees taken care of.

“Rap Snacks made the deliberate and calculated choice to launch a new product line using Mattel’s famous Barbie trademark. That choice, made without any prior notice to Mattel, was unlawful,” Mattel’s attorneys claim.

The Queens icon extended her record as the rapper with the most No. 1 songs in U.S iTunes history after “Super Freaky Girl” reached the summit following its release,” Chart Data reports.

Nicki will also receive the 2022 Michael Jackson Video Vanguard Award at the 2022 MTV Video Music Awards later this month. The ceremony is set to take over New Jersey’s Prudential Center on August 28.

The rapper – who has been previously nominated for a VMA 17 times and won five times – is also nominated this year for “Best Hip Hop” for her single “Do We Have A Problem?” with Lil Baby.

All non-essential retail stores service to be discontinued 0