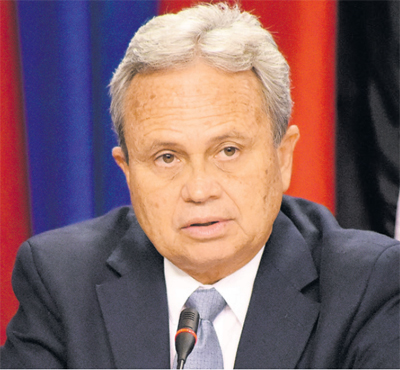 Government To Write Off Close To Eight Million Dollars in Debt.

Minister of Finance, Colm Imbert, told a meeting of the Standing Finance Committee in the parliament, Friday, the write offs are routine and standard.

Minister Imbert said the write off in the Auditor General’s  Department is for audit fees for previous years going back to 1991 and 1993 and audit fees for the Tobago House of Assembly from 2001 and 2009.

Minister Imbert said the government is asking for the fees to be written off because there is no point for them to remain on the books.

Minister Imbert said similarly in education a situation arose where a hundred and seventy-eight teachers were overpaid as a result of an implementation of a classification and compensation plan for the teaching service going back to 1998 and 2002.

Minister Imbert said he felt it was not fair to penalize the teachers by asking them to repay the money so the government is asking for it to be written off adding it is twenty years old.