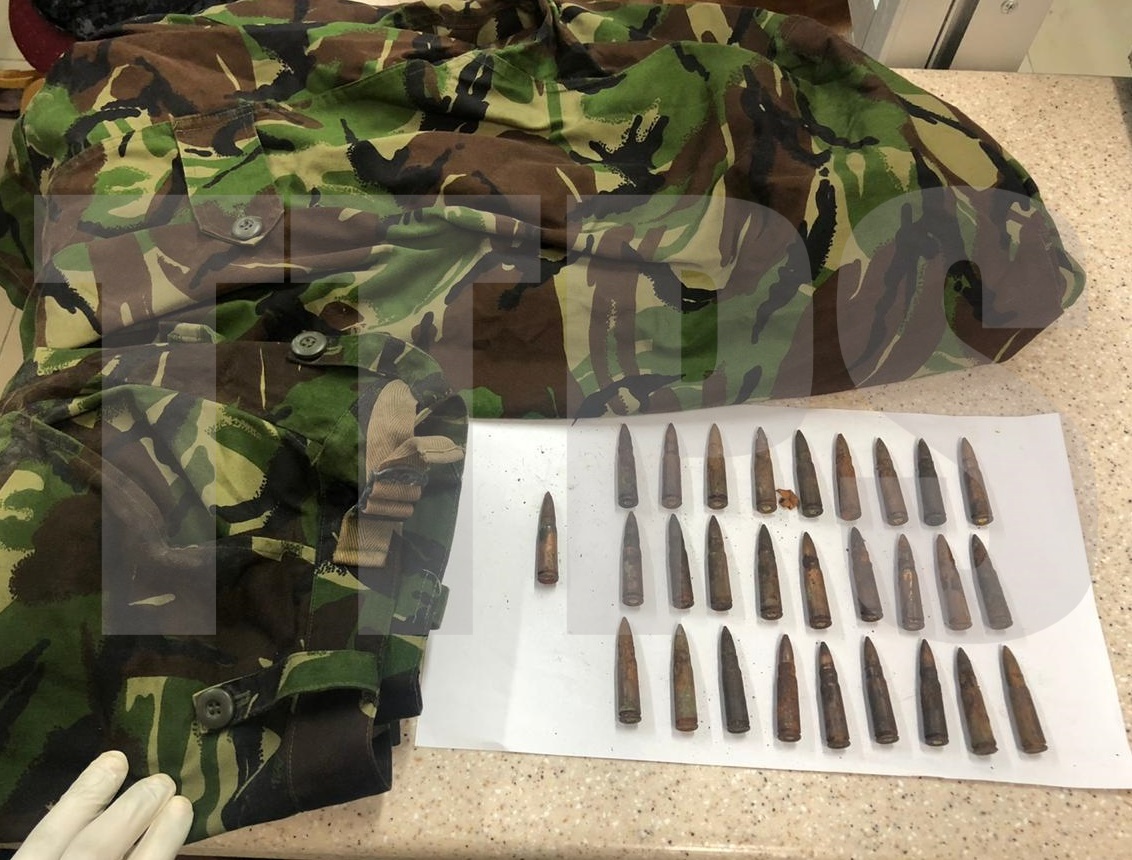 Officers of the Inter-Agency Task Force (IATF) seized a grenade, 27 rounds of 7.62 ammunition and a camouflage jacket and pants yesterday near the Las Cuevas Community Centre.

Officers conducted an anti-crime exercise between the hours of 5 pm and 11:30 pm in the North Eastern Division yesterday. Around 5.30 pm, acting on information received, they proceeded to St. Michael’s Village, Las Cuevas North.

They searched an area near a track in the vicinity of the Las Cuevas Community Centre and found a bucket containing the items. The grenade was found wrapped in a white jersey and the ammunition was found in a plastic bag. The camouflage clothing was discovered in a black plastic bag near the bucket.

No one was arrested in connection with the find and checks to ascertain regimental numbers from the clothing found proved futile. The grenade was secured and packaged by officers of the Explosive Detection and Disposal Unit.

The exercise was coordinated by Snr Supt Subero, ASP Morales, Cpl Marajh, PC Taylor and other officers from the IATF and the Police Canine Unit.
Enquiries are continuing.