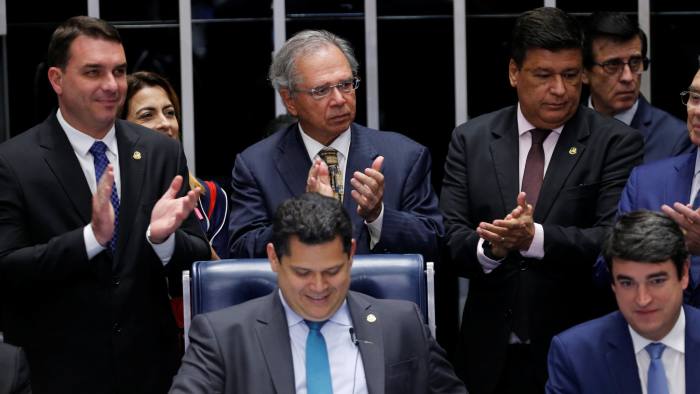 As a constitutional amendment proposal, the bill passed by a vote of 60 against 19 in the Senate above a majority of two thirds, or 54 votes required.

The bill, which proposes extensive changes to the retirement pension for civil servants and private-sector workers, won the approval of the lower house of Congress in August.

The Brazilian government said that the amendment would help curb an increasing deficit in the social security system.

Opponents argued that such reform would make it harder for many civilians to retire while the government appeared lukewarm about changes to military pensions. In addition, the life expectancy in poorer regions largely falls short of the new minimum retirement age.

“This will certainly deepen a scenario of poverty in our country, it will deepen the economic crisis” which has been plaguing Brazil and the Brazilian people for some time already, said Senator Humberto Costa, member of the opposition Workers’ Party (PT).