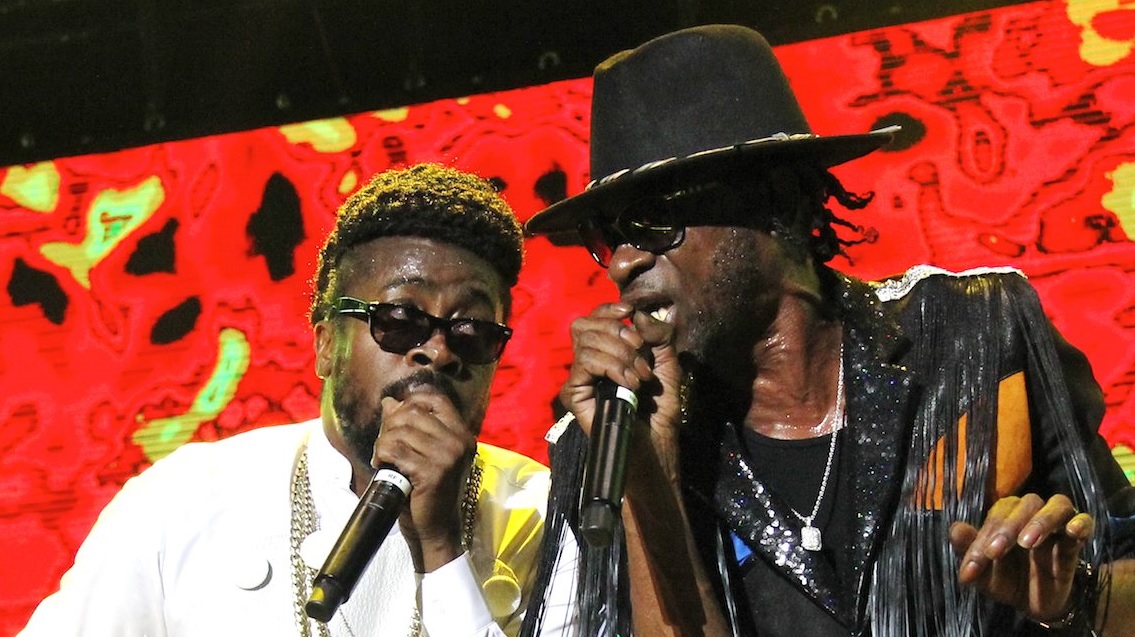 Bounty Killer and Beenie Man documentary in the works

The compelling Bounty Killer vs. Beenie Man story of rivalry to friendship is well documented, but the details are not entirely clear or understood by many.

That will soon change as Bounty Killer has disclosed that a Documentary of the full story is currently in the making! The Warlord made the disclosure in a recent interview on TVJ’s ER with Anthony Miller.

While the two veteran deejays appeared to have buried the almost 20-year-old hatchet, Bounty Killer believes it is a captivating story that needs to be told.

“Most people grow up hearing of us being rivals,” Bounty said. “They don’t know exactly how it went. Now they growing up seeing we as friends.”

He explained that the upcoming work would go back to where it all started and fully document what he and Beenie Man went through and also highlight that difference can be put aside in the interest of unity.

While Bounty Killer and Beenie Man have never directly thrown hands at each other, the deejays had thrown lyrics and shade in a number of heated clashes. The famous rivalry took root at Sting 1992 when both artists were young and up-coming. The popular clash played a huge role in propelling them both to stardom, and even years later, they continued to feud, throwing hurtful words at each other.

After being accused by Miller of saying some “pretty terrible” things about Beenie Man during the feud, Bounty Killer defended, “You know. We both said terrible things Anthony. You a meck it seem like a one side a the fence. So Beenie never seh terrible things too? I might said the terribler things, because I am the terribler one.”

He later added, “it’s all peace and love. There ain’t nothing to get on our nerves now because it was just fighting for our space in the game.”

But, the artists were fighting over other things as well. Their feud intensified in 2006 when Beenie Man started dating Bounty Killer’s ex-girlfriend, D’Angel and later married her.

In 2012, Bounty Killer had explained that the feud originally began because he believed Beenie Man “pirate my style and acting like it is his.”

Bounty Killer’s growth in the industry can hardly be denied. Killer had explained that his feud with Beenie was quashed since his mother, Miss Ivy, died back in 2012. Bounty Killer showed much appreciation that Beenie Man had reached out and offered support after this major loss, even attending his mother’s funeral.

The huge display of brotherhood was the beginning of a friendship that fans had previously declared improbable. With the long years of rivalry now left in the past, fans are eager to see how this friendship will unfold.

Body of teen who fell off pirogue found 0