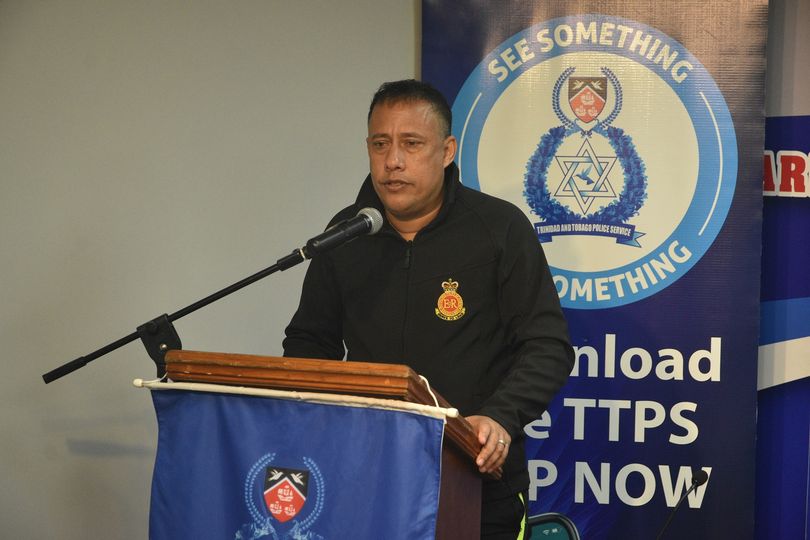 Fifty-one detectives were awarded for their dedication to duty in dismantling a number of gangs within the country under the Anti-Gang Legislation.

The officers were awarded during a brief ceremony held today, Thursday 19th November, 2020, at the Police Administration Building, Port-of-Spain.

The award is based on the success in dismantling three major gangs within the last three months. This represents a total of 18 gang members being charged under the Anti-Gang legislation from the Northern, North-Eastern, Port-of-Spain, and Western Divisions.

A total of 36 persons have been charged for the year thus far and 88 persons for the last six years for gang-related activities.

The CoP stressed that currently, the country is on a trajectory of a reduction of over 115 murders when compared to the same period last year, which may result in the murder toll staying well below 400.

He attributed this achievement to the good intelligence and structure and the detectives’ dedication, discipline and productivity in the Anti-Gang Unit.

Commissioner Griffith assured that with the continued, aggressive efforts of the detectives, the Trinidad and Tobago Police Service (TTPS) will be certain to “clip the wings of criminals.”
He asked the detectives to remain honest, brave and trustworthy in their service to God and country.

DCP (Ag), Intelligence and Investigations, McDonald Jacob, explained that the Anti-Gang Unit is now linking with the TTPS’ Financial Investigations Bureau to enhance the approach in investigating gangs and crime enterprise activities.

Mr. Jacob said the intent is to maximise the use of the Civil Assets and Unexplained Wealth Act 2019 in investigations. This, he said, will ensure that all persons involved in gangs and criminal activities will be made to face the full brunt of the law.
The approach will also be coupled with the use of the Anti-Corruption Act to treat with white collar crime and other similar offences.

The awards were presented to the four team leaders on behalf of the 51 officers.

Shaggy receives honorary doctorate from Brown University in the U.S 0