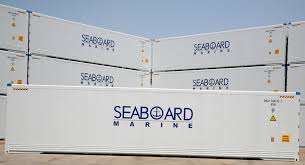 If you have to import items to Trinidad and Tobago, you better get US currency on hand.

Come January 17, 2021, customers wishing to import items will have to pay their freight charges in US dollars.

In a release, Seaboard said, “Effective January 17, 2021, we have adopted a policy requiring all freight charges paid in Trinidad to be done in US dollars.”

They said this was due to the continued difficulty of converting T&T currency to US dollars.
The new policy applies to all charges listed on the carrier’s bill of lading, Seaboard said.

King Ocean cited the difficulty in converting the currencies as their reason for the policy change.