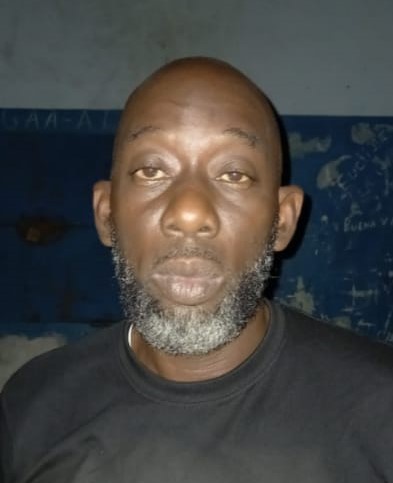 One man was arrested and a firearm and a quantity of marijuana were seized during an intelligence-led anti-crime exercise which was conducted in the Southern and South Western Divisions on Friday 27th August, 2021.

Between 11am and 8 pm on Friday, several drug blocks were targeted and six search warrants were executed at South Oropouche and Mon Desir in the South Western Division, and Coffee Street, Pleasantville, and Barrackpore in the Southern Division.

During the exercise, SHAWN FORDE, a 43-year-old vendor, of Macoon Street, Victoria Village, San Fernando was arrested and subsequently charged for being in possession of an offensive weapon by PC Ferguson.

Additionally, while conducting a search in an open area at Pleasantville Avenue, Pleasantville, PC Boodram found five packets marijuana, hidden under a galvanise. The officers took possession of the marijuana, which weighed 123 grams.

At Sunset Drive, Mon Desir, PC Lange found a Smith and Wesson firearm with four rounds of .38 ammunition, in an abandoned vehicle. The officer took possession of the firearm and enquires are continuing into both seizures.

ALIENS Are Hiding Among Us Until We Are Ready, Says Ex-Israeli Space Head 0