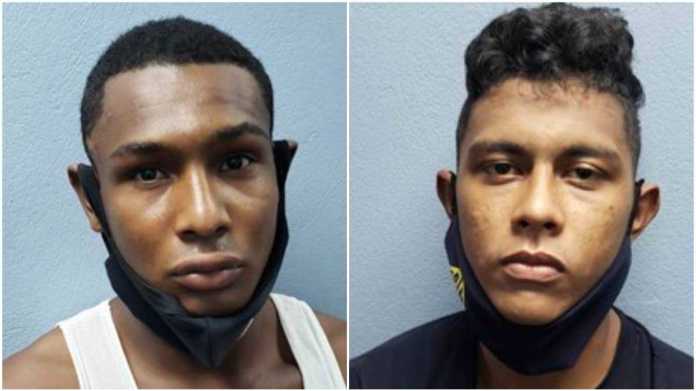 The public is being asked to assist police in finding two Venezuelan nationals, who escaped custody from the Chaguanas Police Station on Saturday night.

The men, identified as Grande Rojas and Felix Bolivia, went missing from the holding cells at the station.

It is believed that sometime between 7.30 pm and 8 pm an extractor fan was removed and the two escaped by climbing through the small hole in the wall.

The two are wanted in connection with a robbery on Saturday afternoon.

Reports state that at about 1.20 pm Saturday, a woman was walking under the Chaguanas flyover when she was accosted by three men who announced a robbery.

The men then dealt her several blows and robbed her of a cellphone. The trio escaped in a white wagon PDD 3998.

The vehicle was later intercepted along John Peters Road by a security officer who was driving his company’s vehicle.

The four suspects were subsequently detained, tied strapped and handed over to the police.

Anyone with information on the whereabouts of these men is asked to contact the Chaguanas Police Station at 665-5271,/ 665-4294 immediately.