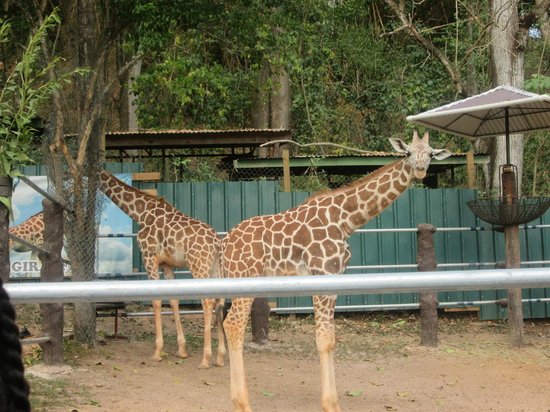 Zoo pleads with event organisers to lower music in its vicinity

Lower your music.
That’s the plea from the Zoological Society of TT to event organisers who use music trucks and anyone else who plays loud music along the Lady Chancellor Road in Port of Spain to be more considerate.

In a press release on Saturday, it said it has been witnessing “disturbing reactions from several animals that could bring harm to them.

“Just today (Saturday) at around 3.30 pm, a truck would have passed by playing loud music which caused the giraffes, which are within 100 feet of the road, to stampede. Zoo officials had to take emergency steps to calm them and bring the situation under control.”

The society asked that the volume of any music being played along that route to be lowered up to half a mile and in the environs.

“This is a small action to take with a big impact on the welfare of the zoo animals.

“It is better to be cautious so that the animals do not harm themselves or even die as a consequence of noise pollution.”