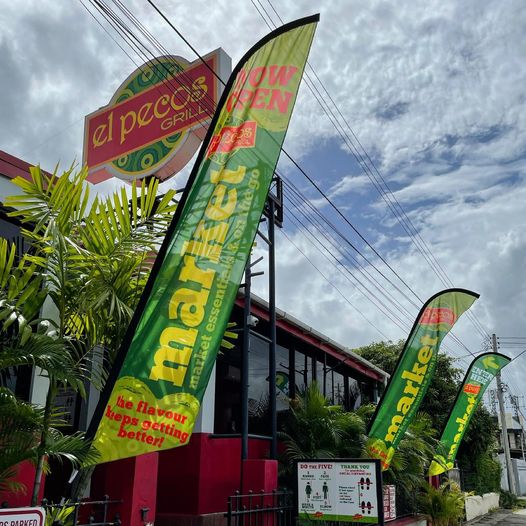 On the heels of the re-opening of the El Pecos Grill on Thursday as a legally registered supermarket, Minister in the Office of the Prime Minister, Stuart Young, has issued a warning.

El Pecos shocked customers yesterday with the addition of Market to their name, thus finding a way to return to business by offering some grocery items along with pre-packaged meals.

Under the current public health regulations, drugstores and supermarkets are among the few businesses allowed to open. Restaurants are not.

Young is urging restaurants that have taken to selling grocery items to be careful, before they find themselves in trouble with the law.

During the post-cabinet briefing on Thursday, Young, who is also Energy Minister, said he did not have all the facts, but noted that people should respect the law.

He said “A spade is a spade, a duck is a duck, a rabbit is a rabbit. If you’re a rabbit and you feel that by putting a duck feather on your back you become a duck, you’re going to get yourself in trouble.

“If you know you’re a restaurant and selling food as a restaurant for all this time, and in particular a take-out restaurant, don’t just go put some ­– I couldn’t make out what it is – and call yourself a market.”

Young added “If you’re a restaurant that sells food on the Avenue or anywhere else, don’t just put some bread an call yourself a bakery. The police will have a good case against you. You’re breaking the law.“

In an interview with Newsday, the owners of El Pecos, stated that they have the certificate from the Registrar General that accredits the business as a supermarket now, stamped, signed and dated June 24, 2021.

Chaguanas man gunned near his home 0