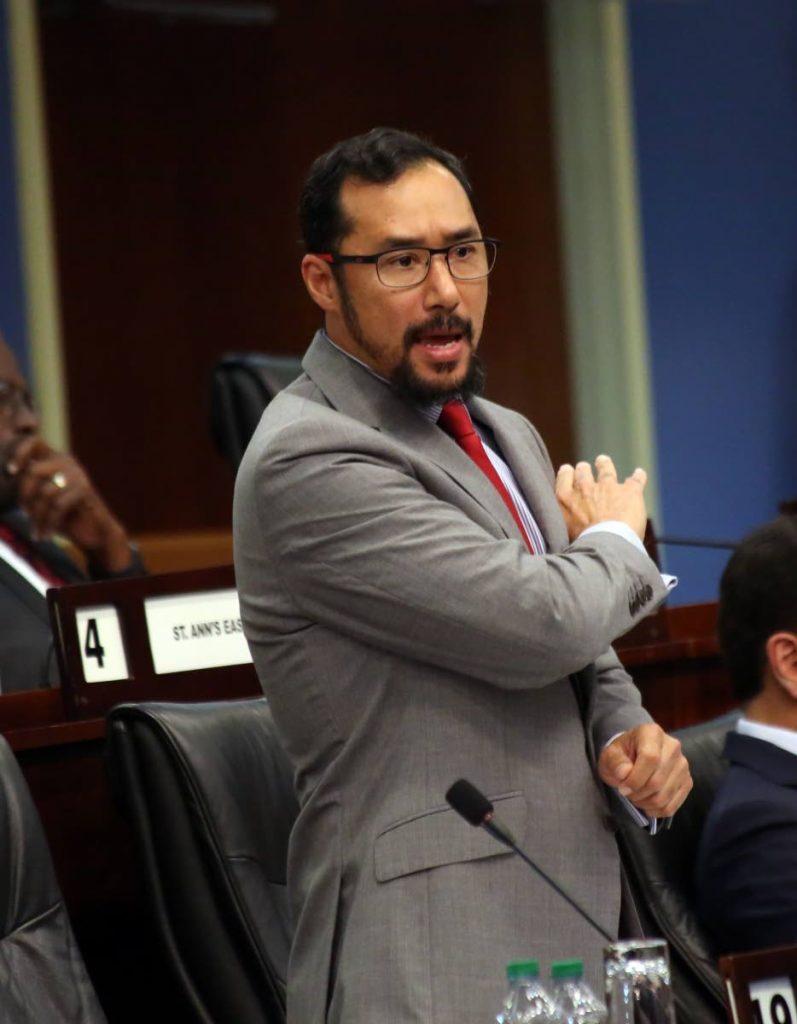 Chairman of the Standing Finance Committee, Bridgid Annisette-George, was forced to temporarily put Member of Parliament Stuart Young out of the meeting on Wednesday, after he allegedly called the Opposition members “racists.”

According to reports, the claim was made by Oropouche West MP Dave Tancoo.

Tancoo said that during Couva North MP Ravi Ratiram’s questioning to Finance Minister Colm Imbert, Young leaned across and said the Opposition members were making racist comments and that they were racists.

His claim was endorsed by St Augustine MP Khadijah Ameen, who added: “He said, ‘Racist.’ He said it twice.”

Annisette-George told Young that, if he had indeed said such a thing, he should withdraw it.
However Young’s response was: “Withdraw, seeing what they are?”

The Opposition protested and Young then shouted, “Withdrawn.”

Following his outburst, Annisette-George said: “Take this as a word of caution. Take a little walk. Reboot yourself and come back.”

The National Security Minister then left the chamber to a round of applause from the opposition members.