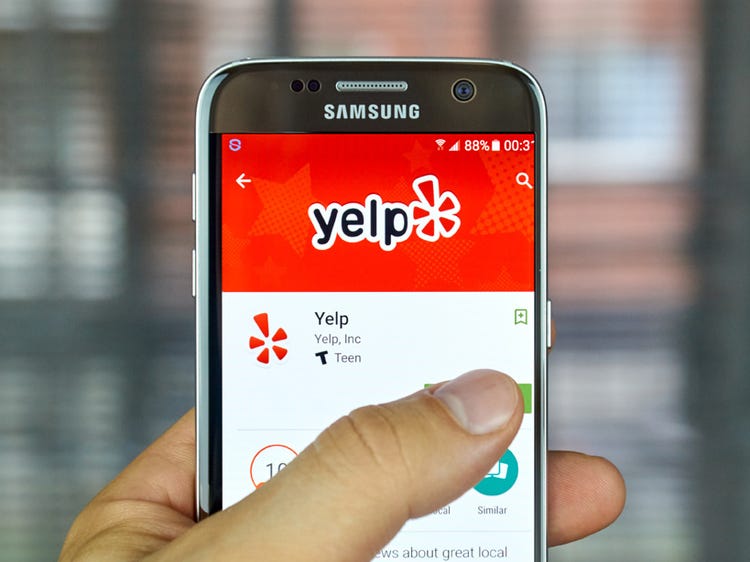 Yelp to label pages of businesses accused of racism

Search and review website, Yelp, is to label pages of businesses accused of racist behaviour.

The platform, which lets users rate bars, restaurants and attractions, said the alerts would require “resounding evidence”, in the form of public attention and “floods of reviews”.

They will then link to a “credible news outlet” with more information on the claims and temporarily ban new reviews.

Critics on Twitter said the tool could be used to amplify false accusations.

“As the nation reckons with issues of systemic racism, we’ve seen in the last few months that there is a clear need to warn consumers about businesses associated with egregious, racially charged actions to help people make more informed spending decisions,” vice-president of user operations Noorie Malik wrote on the Yelp website. 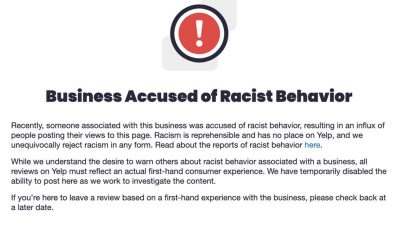 It is unclear whether this feature will be introduced to all global Yelp sites or just in the US.

In recent years, Yelp has been struggling to tackle the number of fake reviews submitted, removing more than 2,000 submissions last year.

And it said news stories often resulted in an increase.

“Businesses are easily caught up in the culture war.

“The charge of racism is too easily made.

“Enabling this feature is a terrible decision for small businesses all across America.”

The US president’s son, Donald Trump Jr, wrote: “What are the odds that this isn’t insanely abused?”