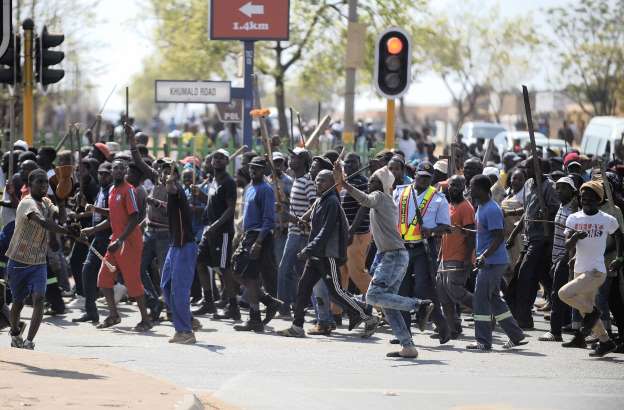 South Africa said Thursday it has closed its diplomatic missions in the Nigerian cities of Abuja and Lagos following violence carried out against South African businesses in reprisal for attacks on foreign-owned stores in Johannesburg.

“After receiving reports and threats from some of the Nigerians we decided to temporarily close while we are assessing the situation,” foreign ministry spokesman Lunga Ngqengelele said, adding the missions were shut on Wednesday.

“So we will be monitoring the situation and when to see it necessary to open, we will re-open,” he said.

He said the decision to suspend operations at the two missions was made after “a group of people… came and tried to force themselves in” at the Lagos consulate.

“It was on that basis that we felt we need to protect the employees and shut it down”.

Both countries stepped up security on Wednesday after deadly attacks on foreign-owned stores in Johannesburg triggered reprisals against South African businesses in Nigerian cities.

Diplomatic tensions have risen between the continent’s superpowers, with Nigeria declaring it would boycott the World Economic Forum on Africa in Cape Town, which was to be attended by its vice president, Yemi Osinbajo.

On Tuesday, Nigeria summoned the South African ambassador for talks and said President Muhammadu Buhari was sending an envoy to convey his displeasure to President Cyril Ramaphosa.