Works and Transport Minister Rohan Sinanan is mourning the passing of his mother ,Mrs. Lelamatie Sinanan fondly called Aunty Lela, who was a respected business woman and philanthropist. She was also the mother of former MP for Toco Sangre Grande Mrs. Indra Sinanan- Ojah Maharaj. 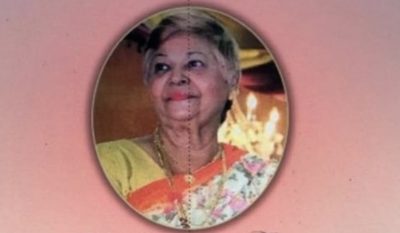 The funeral will take place tomorrow, Friday 2nd August, at the House of Mourning thence to the Caroni Cremation. Condolences to the Sinanan family.

Was Procurement legislation gutted to facilitate State use of AG’s wife’s legal firm? 0