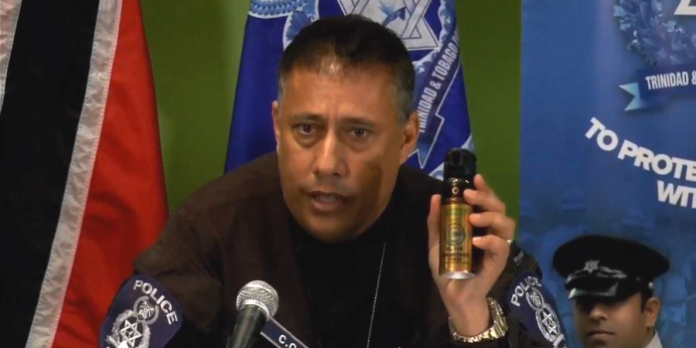 Women should be allowed the use of pepper spray – says GG

Police Commissioner Gary Griffith intends to approach the Attorney General to request that women be allowed to carry pepper spray for their own protection.

Speaking at a media briefing at the Police Administration building in Port of Spain, Griffith said pepper spray is non-lethal and is used all around the world by women to protect themselves.

However, it is not an item which is allowed in T&T, and Griffith wants to meet with the state to recommend a work-around as the device can save lives.

The regulation of pepper spray is one of several “action items” the Commissioner noted is in the works.

Griffith suggested that the use of pepper spray can be regulated in a similar way to a firearms users license. That way, he said, those who request it, can sign for it, and the police will know who is in possession of it.

He also urged persons to utilize the TTPS mobile app which has an SOS button for emergencies.

The commissioner notes this is not a “be-all and end-all” but is part of several “action items” in the works.