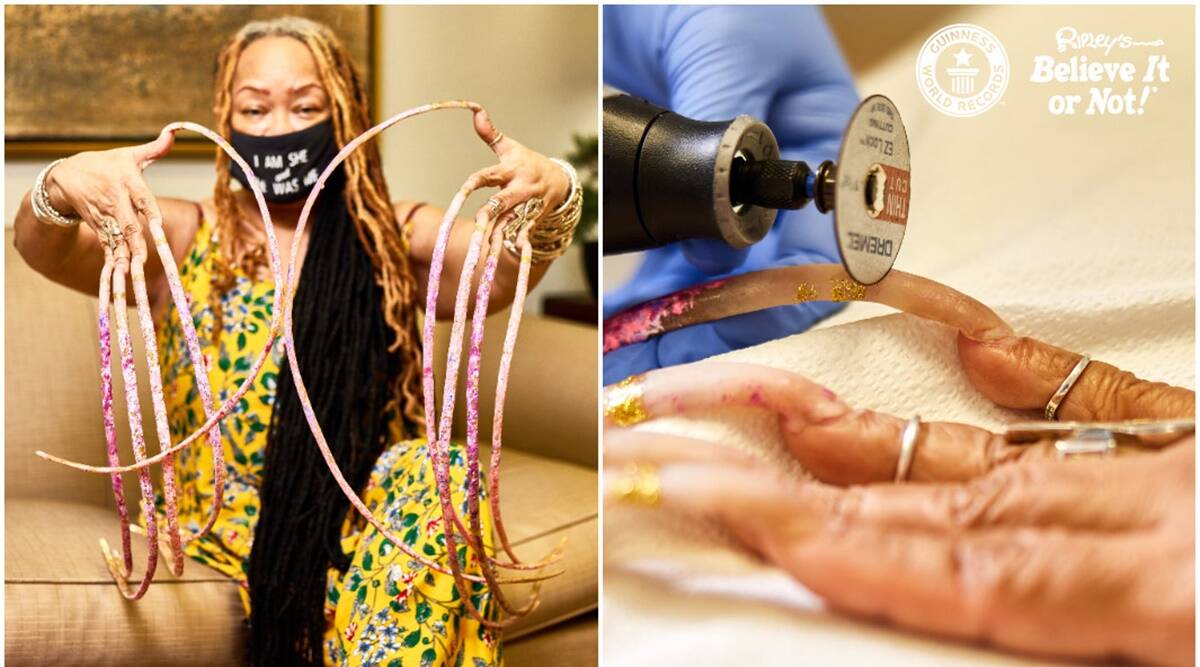 The Texas woman with the world’s longest nails has officially cut them down, and I’m sure she is relieved that she no longer has to answer the question, “How do you wipe?”

In 2017, Houston’s Ayanna Williams set the Guinness World Record for the world’s longest fingernails, measuring nearly 19 feet long. Her manicure took more than two bottles of nail polish and 20 hours back then.

Over the weekend, she took one last measurement before having them cut off at 24 ft, 0.7 in. Over the course of a few days, the manicure required three to four bottles of nail polish.

Williams completed this task at a dermatology clinic in Fort Worth, Texas, where she received her first nail cut in the early 1990s using an electric rotary tool.

According to Guinness, Williams said, “With or without my nails, I will still be the queen.” She said,  “My nails don’t make me, I make my nails!”

According to Ripley’s Believe It or Not!, which will exhibit her trimmed nails at its museum in Orlando, Florida, Williams plans only to grow her nails about six inches long.

In the past, Williams was unable to perform such tasks as washing dishes and making a bed.  Her new mission, she said, is to inspire the next nail enthusiast to attempt a Guinness World Records title.