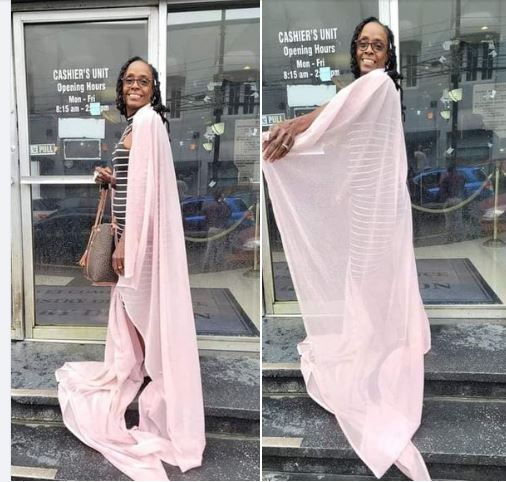 A T&T woman has gone viral after dressing in a curtain to enter the National treasury.

The woman identified on Facebook as Alli Berri visited the Treasury Bank and was reportedly denied entry because she was wearing a long but sleeveless dress.

The woman exited the building went to her car, draped herself in a curtain that was in her car and returned to the building. She was this time allowed entry.

The entire episode, while hilarious, has led to a serious conversation on social media regarding the dress code at Government buildings.

Many persons on social media relived their experience of being denied entry at Government buildings and remedying the situation by things such as covering the rips in their jeans pants with tape while one man even rcounted wearing his wife’s dress after he was denied entry because he was wearing a three quarter jeans.

Gasparillo woman locked children in room and set it ablaze

Gasparillo woman locked children in room and set it ablaze 0