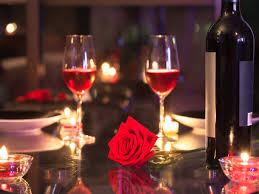 One woman had to learn a hard lesson when she invited 23 of her family members on her blind date to “test” the generosity of the man she was set to have dinner with – and it backfired to the tune of thousands.

In a New York Post report, a woman in Zhejiang, China got the shock of her life when her elaborate scheme to “test” how generous her blind date was backfired in a very expensive way.

While the man (identified as Mr. Lui) was waiting for his blind date to arrive, he couldn’t believe his eyes when she arrived with 23 members of her family and expecting him to foot the bill for all of them.

Although, he initially agreed to pay for the date for the two of them, all that changed when she brought along almost 30 extra people.

As a result, he left her (and her family) with the incredibly large $3,100 bill after telling them they should pay and they refused.