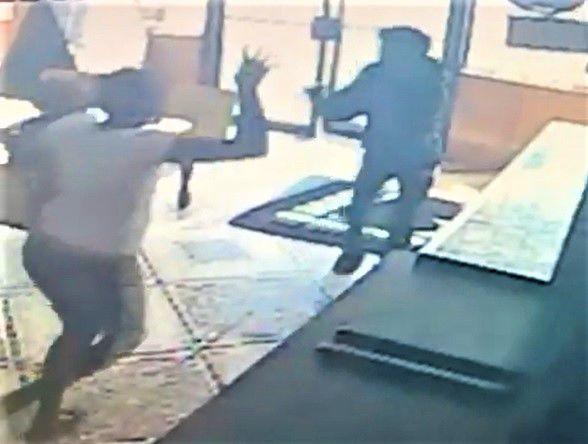 Woman robbed with baby in her arms

A mother was robbed at a bakery in South Oropouche while holding a baby in her arms.

In a video that has been circulating on social media, the woman is seen holding the baby inside Soft Bike Bakery at Harris Village. The man dressed in dark clothes and red shoes seemed to follow the woman inside. He walks up to the woman and points a gun to her face. He then tugs at the chain while the woman, at first, tries to defend herself. She then retreats when she sees the gun. Another woman with a child who stood behind the first woman, puts money on the counter. The bandit took the chain and money and fled the store.

The bandit is still at large. Investigations are continuing.

Flooding, traffic pile up on roads as the rain begins 0