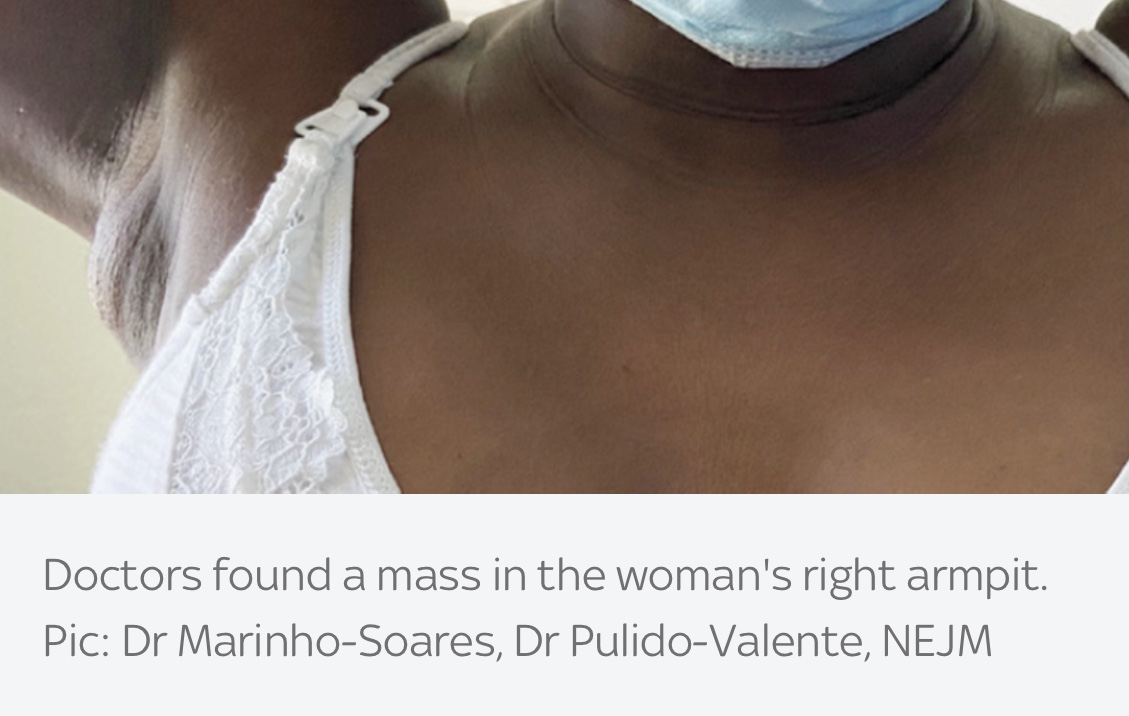 Woman in Portugal lactating from her armpit

Just two days after giving birth, a woman in Portugal told her doctors that she’d begun to develop pain in her right armpit. When the doctors examined her they discovered a “round, firm” mass which surprisingly “released a white discharge when pressed” according to a new report in the New England Journal of Medicine. The authors of the paper, Dr Cristiana Marinho-Soares and Dr Maria Pulido-Valente, both from the Hospital de Santa Maria in Lisbon, Portugal, realised that this discharge was breastmilk.

The mother was diagnosed with polymastia, “a condition in which accessory breast tissue develops along the former embryonic mammary ridge” as the doctors explained. Research suggests that between 2% and 6% of women are born with additional breast tissue, which routine screenings for breast cancer need to be aware of for examinations. This additional tissue grows as a result of embryonic development – often in the armpit region – when the cells that become mammary glands are forming a line from the armpit to the groin.

Usually this “mammary ridge” or “milk line” disappears as the foetus develops, except for at the sites for the breasts, but sometimes it remains and additional breast tissue forms at these sites in the body.

Loading...
Newer Post
5 foot Python bites man on genitals while he was sitting on the toilet.
Older Post
New Columbia covid variant turning up in Florida