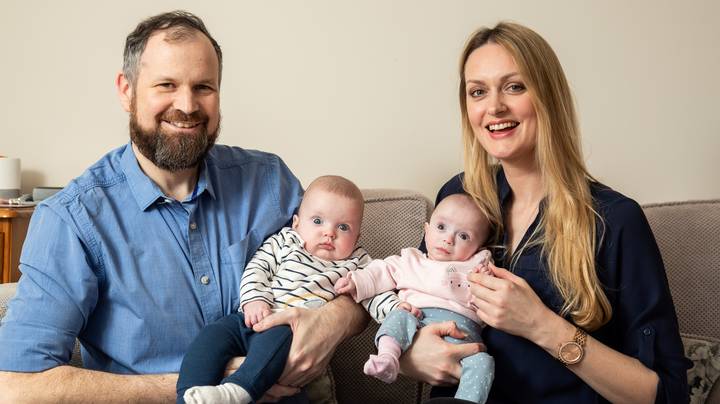 A British woman has become one of few to conceive while already pregnant.

Rebecca Roberts, a 39-year-old woman from Wiltshire, England, was diagnosed with superfetation at 12 weeks of pregnancy.

Superfetation is an extremely rare condition where a woman can get pregnant whilst being pregnant.

The news was astonishing for Roberts and her partner, as the woman had been struggling with infertility for years. Also, the doctors were reserved to confirm the diagnosis until several tests were taken. The condition is so rare that there are only 14 cases worldwide.

At only 33 weeks of pregnancy, the doctors noticed that the second fetus, a girl, was not developing normally, so they decided that a C-section was urgently needed. On September 17th last year, Noah and Rosalie came into the world.

She spent 95 days in the hospital before she was allowed to go home just before Christmas.

Noah and Rosalie will be seven months old next weekend, and they are inseparable. Even though there are noticeable developmental differences, the two have an amazing bond. According to Roberts, Rosalie is catching up with Noah very fast.

If you want to know more about the miracle twins, you can check out their Instagram page, which their parents have been using to document their journey.