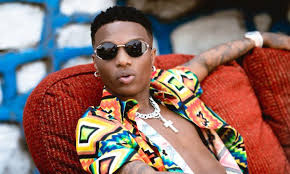 Nigerian singer Wizkid returns to the Billboard Hot 100 after a two-year absence, and for the first time as the sole lead artiste, as “Essence,” featuring Tems, debuts at No. 82 on the chart dated July 17.

The Afrobeats/R&B-styled single, released in October, hit the chart due to steady radio airplay and streaming.

His breakthrough came as a guest artist on Drake’s “One Dance” (also featuring singer Kyla), which reigned at No. 1 for 10 weeks in 2016.

He returned alongside Beyoncé and Saint JHN on “Brown Skin Girl” (featuring Blue Ivy Carter), which peaked at No. 76 in August 2019.

“I feel blessed to make music that touches people,” Wizkid tells Billboard in an emailed statement. “Big shoutout to all the fans and good music lovers everywhere.”

Scientists Are Burying 2000 Pairs of Underpants in Switzerland 0

Independent Senator calls for unity between Gov’t and Opposition 0