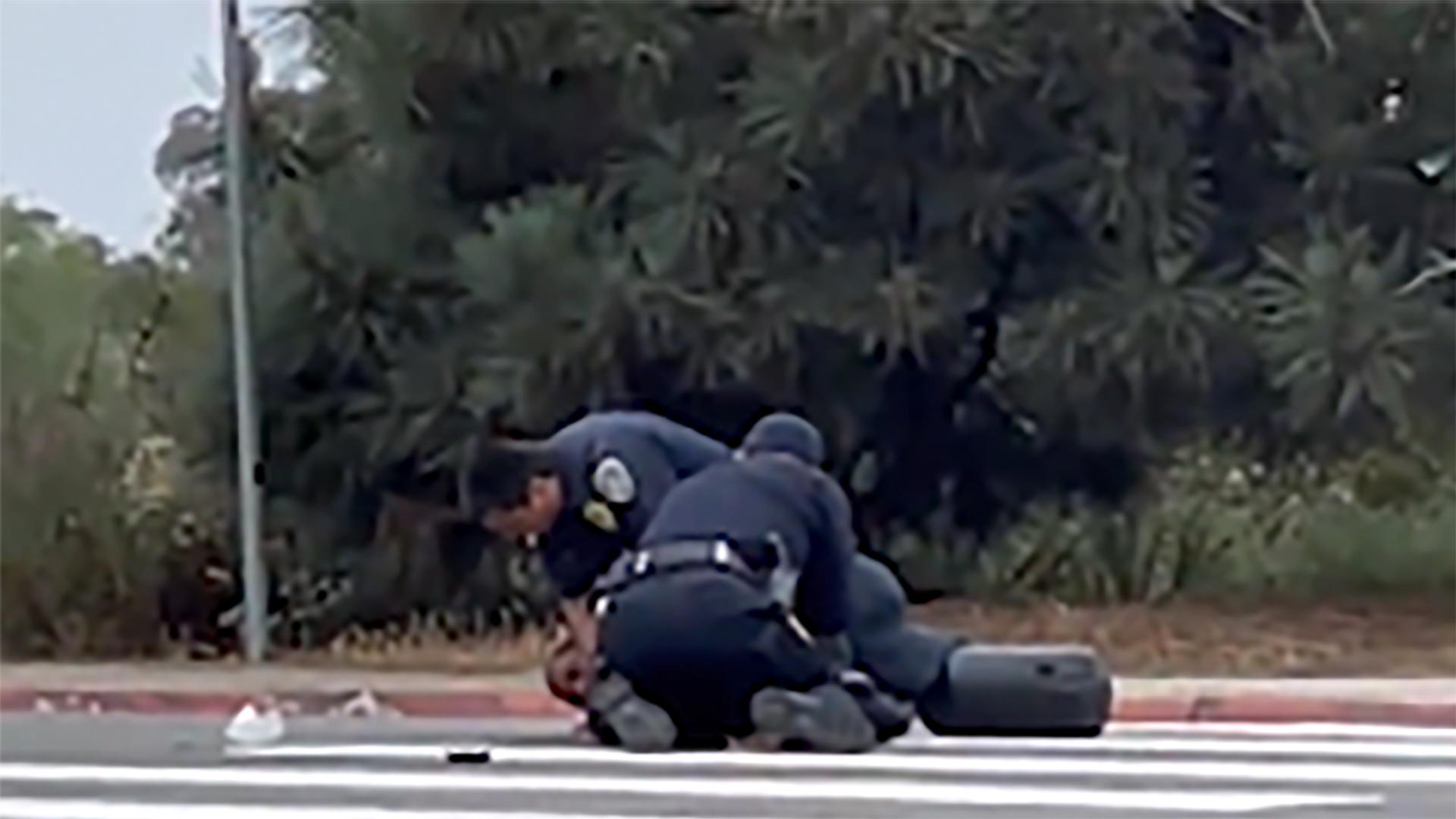 The San Diego Police Department has launched an investigation after officers were seen on video repeatedly punching a Black man in the face during what police call an arrest over public urination.

Two officers are now under investigation after they were seen brutally punching a Black man during an alleged arrest this week. According to the witness who recorded the incident, the man, the police officers, beat up is known around his neighborhood as a “harmless” homeless man.

The witness, 34-year-old Nicole Bansal, said she couldn’t believe the officers brutalized the man accused of peeing in public. “I see him around all the time. He’s harmless. He’s just homeless,” said Bansal of La Jolla. “He’s very easy to recognize because he always has a big orange life vest on.”

The incident occurred around 9 am on Thursday. The police say they witnessed a man urinating in public.” The officers claim they then tried to speak to the homeless man.

The man was arrested and taken to a hospital. After being released from the hospital, police booked him on charges of resisting arrest and battery of a police officer. The police department has yet to release the officers’ names. The witness said that as soon as the officers left their cars to confront the man, she immediately grew nervous and began to record. In the video, you can see the man being punched over and over again before being told to “stop resisting.”

“They did not try to de-escalate…If they had just approached the situation calmly and tried to de-escalate, we wouldn’t be here,” she said. “That man didn’t go out to take those guys down. The cops went there with that intention to take him down … and the resulting fight is what ensued.”