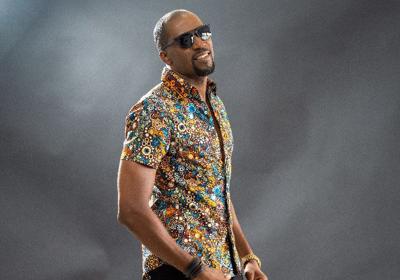 Shurwayne Winchester has dropped a Boxing Day surprise for his fans.

According to a release, Winchester’s song was completed since March 2020, prior to the initial lockdown measures introduced with the covid19 pandemic.

It was co-produced by US Virgin Islands music producer Kevre “Maestro” Hendricks and is aimed at helping people cope in the pandemic.

“Music has always been a tool to help people de-stress. Human beings were not meant to be stuck indoors and inactive as much as we’ve been during this time. Looking on as the world came to a grinding stop, I felt that we had to be ready for that moment the opportunity presented itself, to give people that tool that could ultimately help them when they needed it most,” said Winchester.

Winchester paid tribute to calypsonian Leroy Calliste, better known as Black Stalin, in the composition. Stalin, 80, continues his strong recovery from the effects of a stroke he had in 2014.

“The spirit of his delivery flows throughout this particular release. There’s a freedom in who we are as a people and like Stalin did time and time again with his music, I saw the assignment here, and I know the people will feel it when they hear it.”

Like the music delivered by the Black Stalin, the song is built from the ground up with live instruments, according to Winchester.

“The brass, the horn line scream freedom. When you listen to it, you actually feel like, ‘oh yes! The gates are now open!’”

“Look Trouble Again is respectfully rebellious, since the track’s lyrics do not defy present day measures aimed at keeping the population safe, the release said.

The song is available on all popular streaming platforms, including Apple Music, for purchase and download.