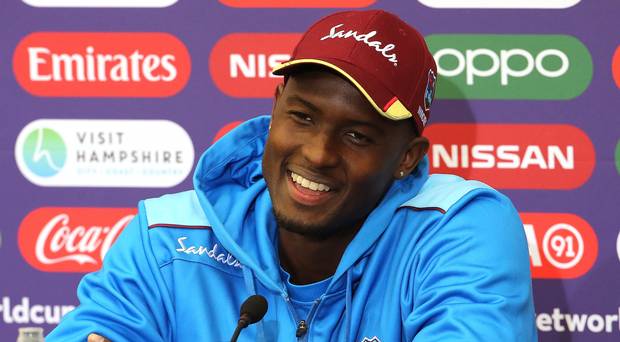 West Indies captain Jason Holder is determined to get a positive result from the upcoming two-Test series against India, especially in the wake of the Caribbean side’s winless run on tour.

The hosts were whitewashed 3-0 in the Twenty20 series and suffered a 2-0 drubbing in just concluded three-match One-Day International series, with a game abandoned because of rain.

However, Holder said there was a fresh hunger in the squad to excel in the longest format and build on the success earlier this year against England.

“This is a fresh group, different faces coming into the Test squad and it’s a matter for us to continue the good work we’ve been doing in Test cricket over the last two, three years,” Holder said.

“The first series we had this year was a success and no doubt the guys would be itching and ready to go against India in this second series of the year.

“Obviously with the Test championship around, it’s something to obviously look forward to and play for. I think the guys are up for it and it’s just a matter for us to play some solid cricket.”

West Indies were outstanding in their only Test series this year when they toppled world number ones England in a dramatic three-match rubber in the Caribbean.

Against all odds, they stunned England by a massive 381 runs to win the Kensington Oval opener before thrashing their rivals by 10 wickets here in Antigua, to retake the Wisden Trophy for the first time in a decade.

And Holder said it was important that every player took responsibility for their performance so West Indies could come away from the current series with something to show for their efforts.

“We started really well this year beating England at home. We had some brilliant individual performances and then it so happened that we brought it together as a collective unit,” explained Holder, whose amazing unbeaten double hundred at the Oval proved the catalyst for the home side’s momentum.

“It’s just a matter now for us to build. The Test championship is over the next two years and we have a lot of cricket to play over that period and I think every series will be important. Each and every moment will be important in each series and we have to go out there and give it our all.”

The first Test is scheduled for the Vivian Richards Cricket Ground starting next Thursday with the second Test bowling off at Sabina Park in Jamaica on August 30.

West Indies have not beaten India in a Test series in nearly two decades and have also failed to win a single match during that period.

Man charged for sex with minor 0

Countries Where New UK COVID-19 Variant Has Been Identified 0