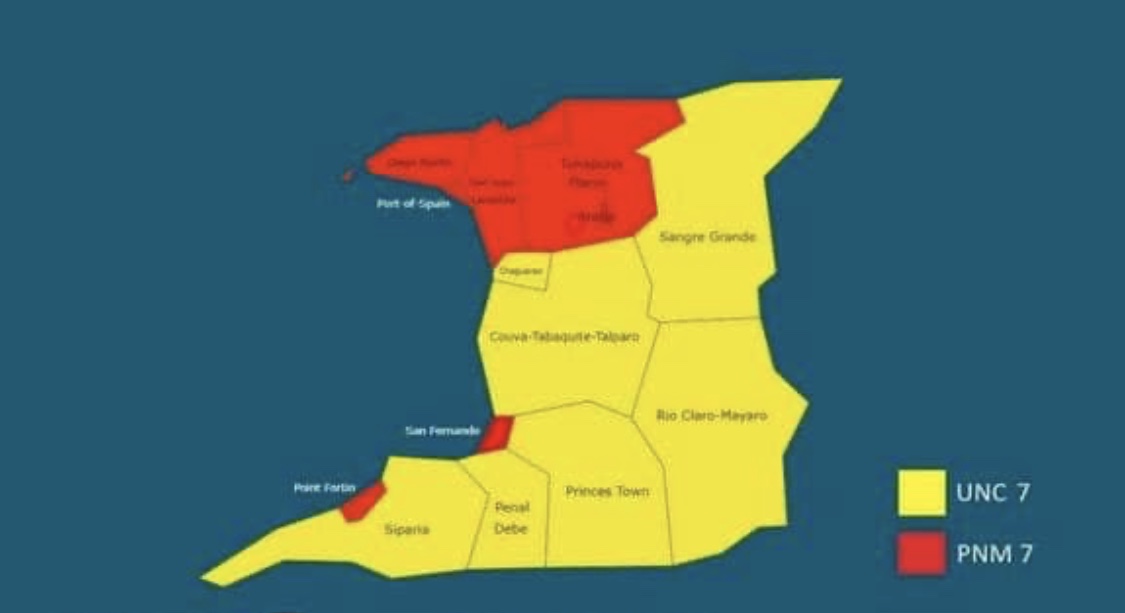 Who won what? LGE Corporation winners

The two established parties in the political arena –  the PNM and UNC – both tied with seven corporations each, following the Local Government Elections held on Monday.

The PNM won 74 seats while the UNC won 65 seats. But which party got which seats?

Third force parties such as COP, MSJ, Movement for National Development (MND) and Port of Spain People’s Party (PPM) won no seats. Around 8:00 o’clock last night, leaders of the MSJ and COP had conceded defeat.

CMO Dr Roshan Parasram to get Honorary Doctorate from UWI 0