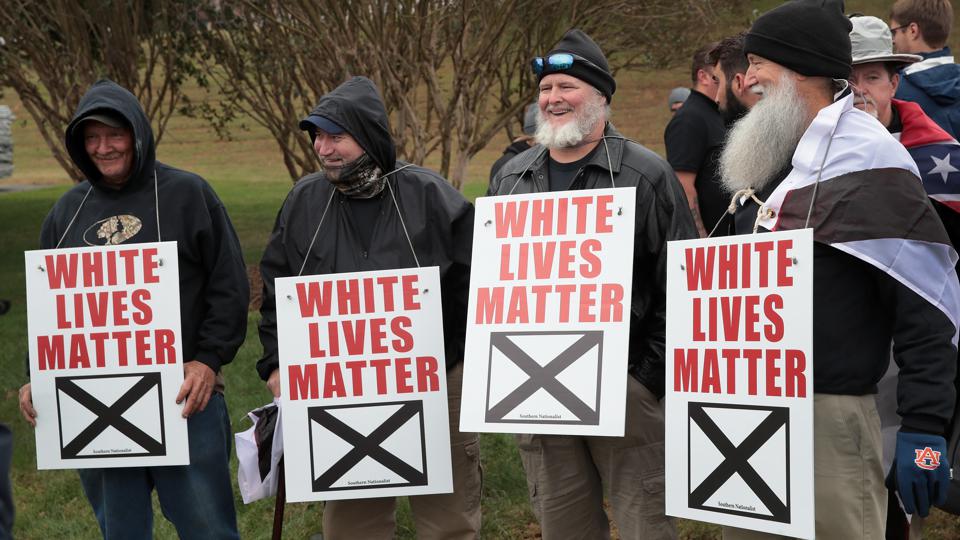 “White Lives Matter” rallies flopped after barely anyone showed up.

Several “White Lives Matter” white supremacist gatherings were all planned through semi-private, encrypted chats by neo-Nazis and other far-right extremists, NBC News reports. The news outlet says the events were going to happen in a slew of cities around the nation on Sunday to spread hatred and racist views.

One of the organizers said the events were going to make “the whole world tremble.” Well, apparently, the gatherings weren’t giving what they were supposed to have given because hardly anyone showed up. Some “White Lives Matter” racists showed up in some cities, and anti-racist protesters were there marching as well.

In Raleigh, North Carolina, Antifa and anti-racist protesters gathered at the park where “White Lives Matter” marchers were scheduled to be. Pro-unity marchers walked around with signs that read, “WE ACCEPT YOUR SURRENDER.”

NBC News reports the “White Lives Matter” rallies are the first time racist white people have organized and gathered since 2018. The entire weekend event was planned through the app Telegram. Many of the groups scheduled to march also took part in the Jan. 6 domestic terrorist attack on the U.S. Capitol.