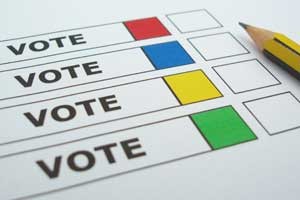 “What ah voting for?”- Citizens unconcerned with LGE

Chairman of the Port-of-Spain People’s Movement (PPM) Louis Lee Sing said that the country is ready for a change, as it relates to the Local Government Election.

He said in the context of Port-of-Spain, as his party is solely fighting on behalf of the people of Port-of-Spain, there is a growing sense of despair as the majority of the communities in Port-of-Spain have been neglected and abandoned. He said during his walkabouts, many believe the ballot is no longer useful, and have said to him on many occasions “what ah voting for”?

David Abdullah, Leader of the Movement for Social Justice said he believes that people are looking for change. He said in 2016, the votes in the Local Government Elections did not reflect the change since it was a year after the General Elections and people still maintained their ties with their political parties. Now, however, three years after the main party has been in power, people are beginning to seek a change in leadership.

He added that the older generation are set in their ways, but that the younger generation are not prepared to tolerate the current conditions. He said people have to feel that they are a part of the process, and a sense of their own power. Only then, will they be willing to be involved in the change.

However, head of Fixin T&T Kirk Waithe believes that the change will not translate to votes on December 2nd. He said he believes there’s an opportunity for a conversation to be had ahead of the general elections where citizens are provided with the knowledge of how rich the country is, how we can get there and a clear path forward.

Loading...
Newer Post
Search is on for hit-and-run suspect who killed officer
Older Post
All Mansions of Rastafari taking new Bill with ‘a pinch of salt’