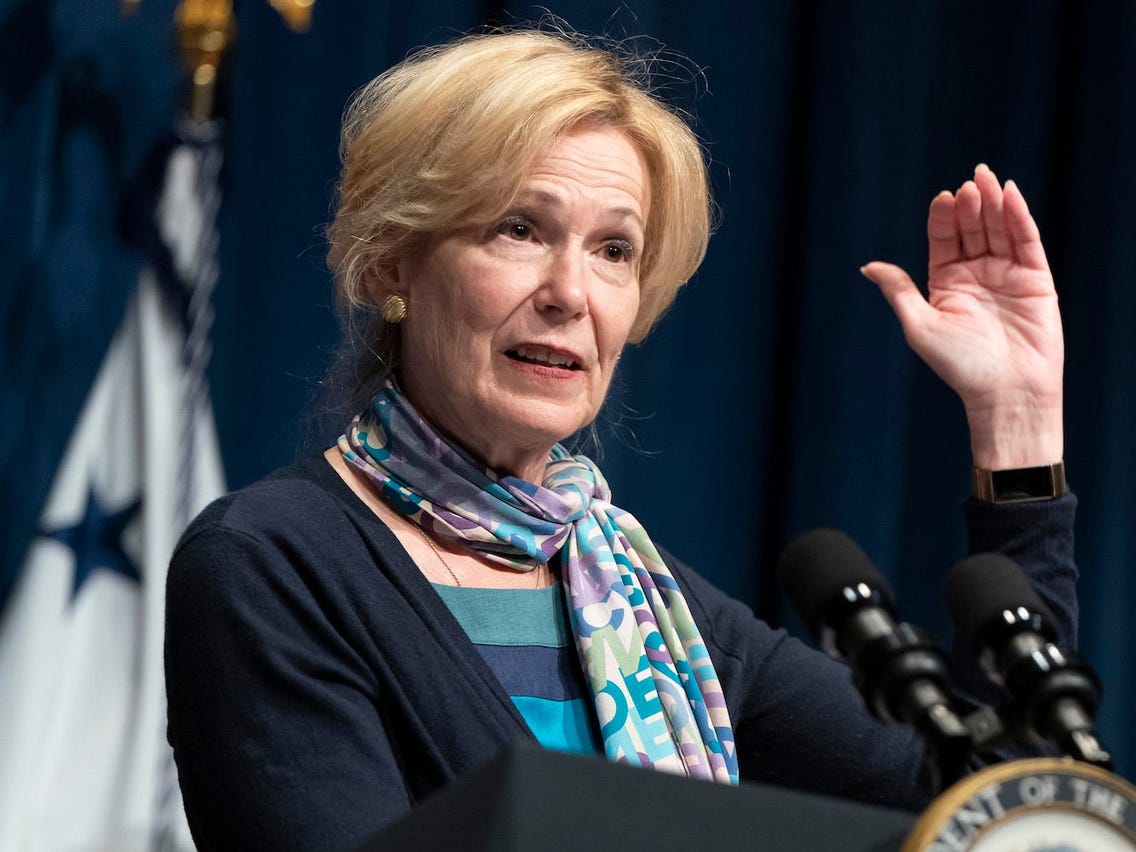 A top public health official on the White House coronavirus task force has said she will retire after it emerged she hosted a holiday gathering.

Dr Deborah Birx, who is 64, cited the criticism she has faced for a family get-together over Thanksgiving in Delaware in her decision to step aside.

“This experience has been a bit overwhelming,” she said. “It’s been very difficult on my family.”

Dr Birx had reportedly been seeking a job from US President-elect Joe Biden.

A world-renowned Aids researcher, she has worked in the US government since the Reagan administration.

In an interview with US news network Newsy aired on Tuesday, a masked Dr Birx did not specify when she would stand down, but said she would help the incoming Biden administration and “and then I will retire”.

She had urged Americans in the days before Thanksgiving to restrict gatherings to “your immediate household”.

But it emerged on Sunday she had travelled from Washington to one of her other properties, on Fenwick Island in Delaware, where she was joined by three generations of her family from two households.

While in Delaware, she did an interview with CBS in which she noted that some Americans had “made mistakes” over Thanksgiving by travelling and they “should assume they were infected”.

The US Centers for Disease Control and Prevention, whose director has often joined Dr Birx on the podium during briefings, has warned Americans not to travel over the holidays.

As the US coronavirus caseload surges, the agency has also cautioned against indoor gatherings with people from different households.

Dr Birx had insisted she went to the property in Delaware to prepare it for a potential sale, though she acknowledged sharing a meal with her family during the visit.

Explaining her decision to gather with her husband, daughter, son-in-law and two grandchildren, she told Newsy: “My daughter hasn’t left that house in 10 months, my parents have been isolated for 10 months.

“They’ve become deeply depressed as I’m sure many elderly have as they’ve not been able to see their sons, their granddaughters.

“My parents have not been able to see their surviving son for over a year. These are all very difficult things.”

According to the Associated Press news agency, Dr Birx owns another home in Potomac, Maryland, where her parents live, and where Dr Birx visits from time to time.

16 More Test Positive For The Covid19 Delta Variant, Says The Ministry Of Health 0

Four More Deaths From Covid-19, 1633 Overall In Trinidad And Tobago. 0