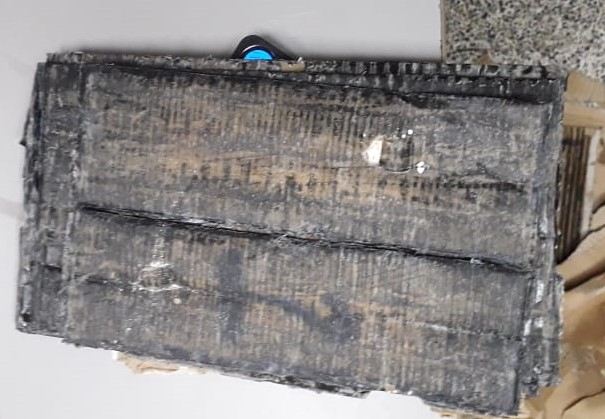 Police officers seized 358.3 grams of cocaine valued at approximately $500,000 during an exercise yesterday.

Officers entered the building where they found a man with a box. The officers on searching the box, found a small packet containing a quantity of cocaine.

The suspect also had two forms of identification on his person, both bearing his image but with two different names.

The suspect was detained and taken to the Four Roads Station where a further examination of the box was done.

Concealed in the wall panels of the box were four black packages containing cocaine.