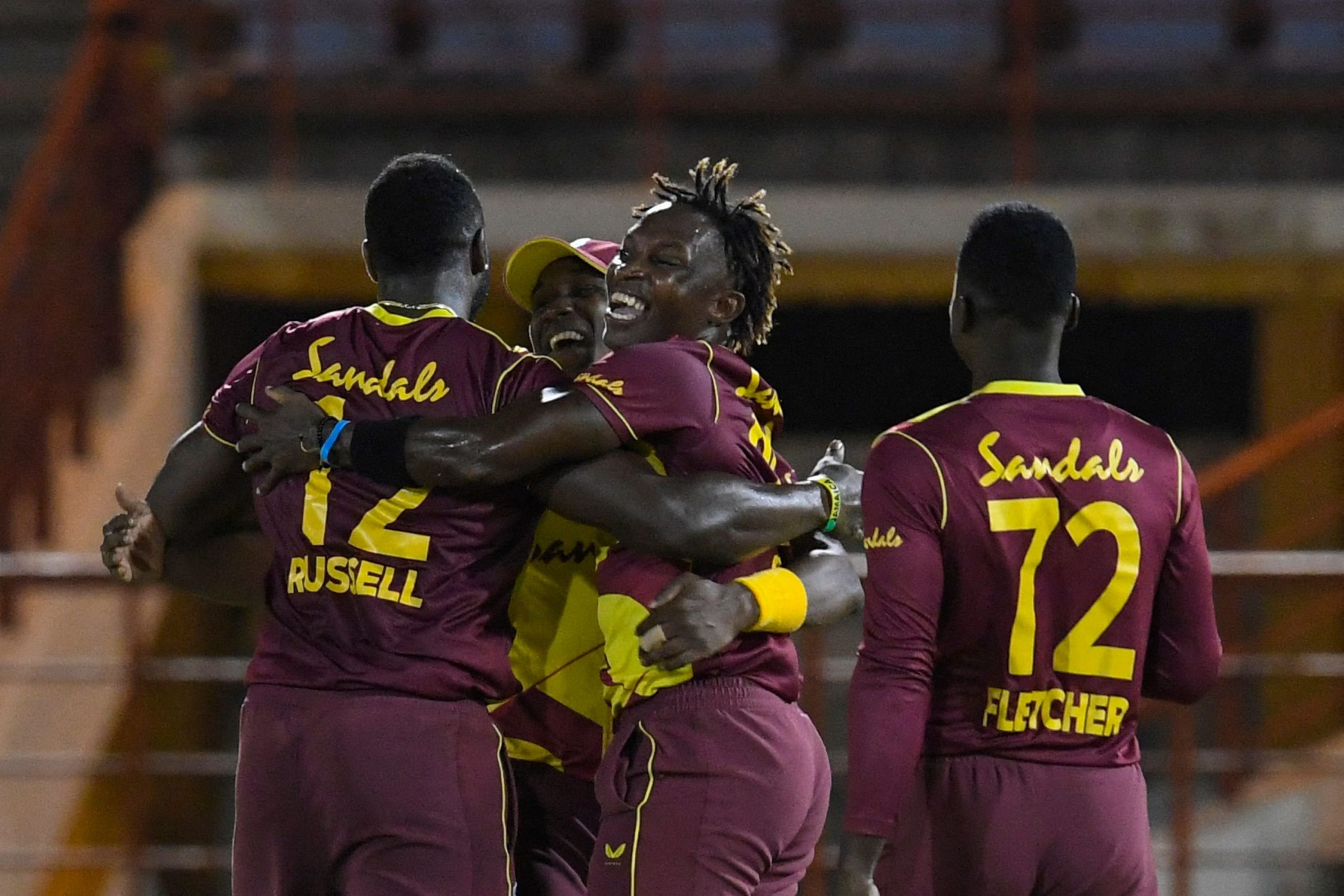 The left-hander topscored with 61 off 36 balls and Dwayne Bravo contributed a immeasurable unbeaten 47 not out as the home team seal a comprehensive victory in the second Twenty20 international, to following up their 18-run win on Friday night.

Hetmyer was the sheet anchor with four sixes and two boundaries as he added a record 103-run partnership with Bravo, who had three sixes. The left-hander Andre Russell added 24 off eight balls after Hetmyer was run out, as the West Indies added 123 runs in last 10 overs to reach 196-4 on a good batting surface.

Earlier, West Indies got off to a solid start with 46 runs in the Powerplay overs as opening batsman Lendl Simmons blasted three sixes in his knock of 30. One was a superb flick onto the roof of the Johnson Charles Stand.

“I think it was one of my best T20 innings. I think I paced it quite well. It really worked out well for me with the guys backing me to be the guy to just take it as deep as possible,” Hetmyer said.
Nicholas Pooran again led the team in the absence of Kieron Pollard.

“We just said we were going to do the same things we did last night, even a little better. It was fantastic to see how Hetmyer responded.”

For Australia, Mitchell Marsh struck his second half-century in as many matches with a steady 54, but a batting collapse meant the visitors were bowled out for 140 in 19.2 overs chasing 197 for a win. Australia lost both openers inside four overs as leg-spinner Hayden Walsh was again very impressive and claimed 3-29 from his four overs while left-arm pacer Sheldon Cottrell had 2-22 in his first match of the season.

Loading...
Newer Post
Businessman Peter George Jr. says the opening of restaurants now is bittersweet
Older Post
WHO and MoH approve use of Interleukin drug to help save Covid19 patients