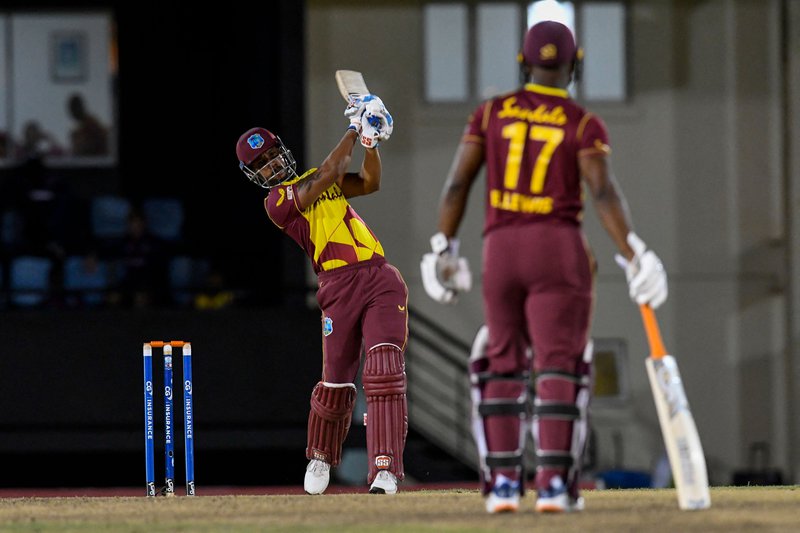 In an exciting contest which showcased some sensational power-hitting and produced close to 400 runs, West Indies suffered a narrow defeat to Australia in the fourth CG Insurance T20 International on Wednesday night. With the home team needing 11 runs to win off the last over, Mitchell Starc sent down five consecutive dot balls to seal the result for the visitors.

Andre Russell smashed the last ball for six as the Aussies got their first win of the series. West Indies now lead 3-1 with one match left on Friday night at the same venue. West Indies ended on 185-6 off 20 overs in reply to Australia’s 189-6 off their 20 overs. The run chase was set-up by Lendl Simmons, who played some sublime strokes on both sides of the wicket.

The right-hander made 72 off 48 balls with 10 fours and two sixes and shared an opening partnership of 62 off 4.5 overs with Evin Lewis (31). The West Indies made 75 in the powerplay – the team’s second highest powerplay against the Aussies – behind the 83 at The Oval in the ICC T20 World Cup 2009.

At the end Fabian Allen was sensational, as he hit three towering sixes in the penultimate over to keep West Indies in the hunt for their fourth win in a row. He was dismissed off the last ball of that over for 29 which came off just 14 balls. Russell finished on 24 not out, which included three maximums.

Australia’s hero was Mitchell Marsh, who took career-best 3-24 of his four overs. He got the wickets of Simmons and stand-in captain Nicholas Pooran off consecutive balls as West Indies slipped to 132-5 in the 16th over, before Russell and Allen launched the late comeback.

Earlier the powerful Marsh struck six sixes and four fours as he made a career-best 75 off 44 balls – his third half century in four innings in this series. He was the obvious choice for the CG Insurance Player-of-the-Match award.

Leg-spinner Hayden Walsh Jr continued his amazing form with the impressive figures of 4-0-27-3. He now has 11 wickets is series, the most by a West Indies spinner in a bilateral T20 series. The previous best was seven by Sunil Narine against New Zealand, nine years ago.