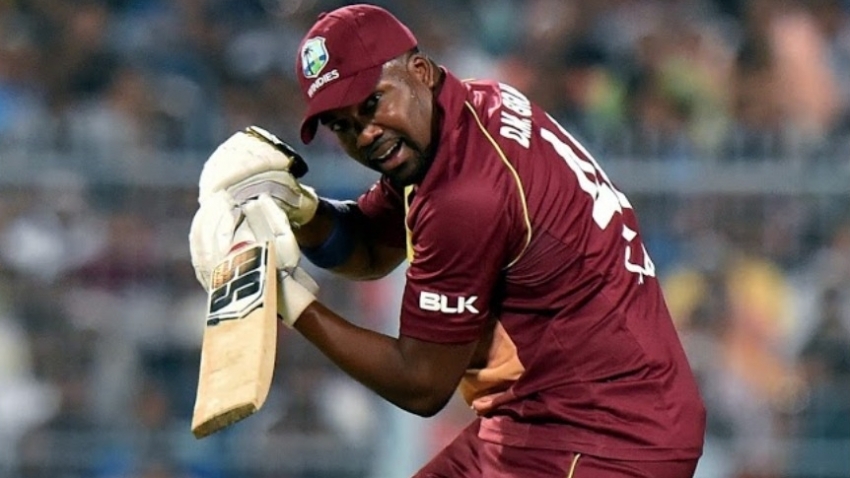 Darren Bravo’s first century in nearly five years, along with fifties from Shai Hope and Kieron Pollard, meant Wanindu Hasaranga‘s rearguard 80 not out would ultimately be in vain, as West Indies hunted down their target with five wickets to spare, to sweep the three-match ODI series.

According to Cricinfo, the result not only extended Sri Lanka’s losing streak against West Indies in ODIs to six games, but also means they remain rooted at the bottom of the World Cup Super League, yet to register any points.

Despite Sri Lanka’s chief tormentors from the previous games, such as Evin Lewis and Nicholas Pooran, being removed relatively cheaply. It was only Hope that remained a constant, going on to register his sixth consecutive ODI score of fifty or more – the tenth man to do so, with only Javed Miandad (9) having scored more – and putting on a crucial 109-run third-wicket stand with Bravo.

Bravo’s 132-ball 102 was his fourth ODI century and his first since June 2016; it was also his first fifty-plus score in a little over two years. Along with Hope, he took the sting out of a Sri Lanka attack buoyed by two early scalps – the first time this series they had secure such early breakthroughs. 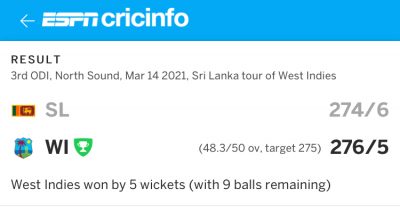 $20M approved for ‘A Taste of Carnival’ events 0