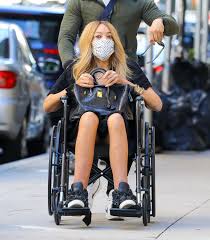 Wendy’s brother responded to the claims, telling The-Sun, “We haven’t had any alerts like that and I haven’t seen anything like that or have had conversations with her that would lead me to believe that.

“We routinely go up and check on Wendy even though we’re all down here in Florida. I try to make it up there and my dad speaks with Wendy frequently. So no, we don’t have any concerns concerning her mental state.”

Her brother said “it’s all physical. I am trying to find out if she’s coming down for Thanksgiving. I mean- she’s normal like that.”