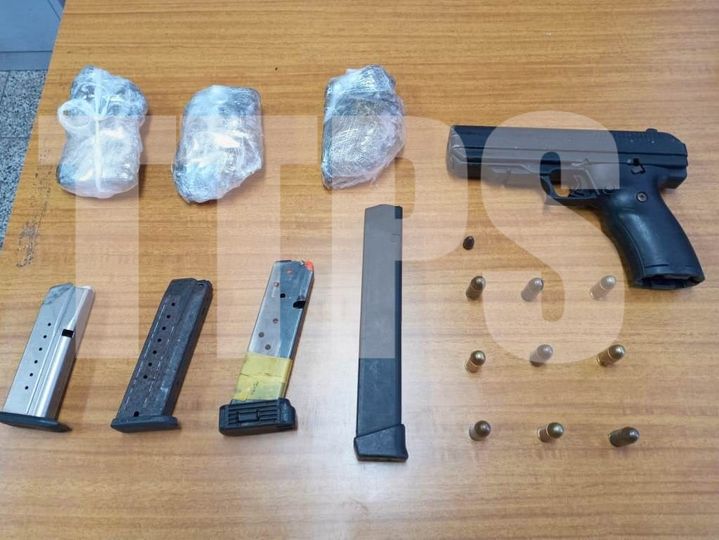 Weed, ammo and a firearm found in Maloney

A quantity of marijuana, ammunition, and one firearm were recovered during an anti-crime exercise in Maloney yesterday.

The exercise was coordinated by ACP Belfon, Snr. Supt Ramkelawan, Supt Williams, and supervised by Asp Coggins, Insp. PItt and Ag Sgt. Pamphille along with officers of several agencies.

During the exercise, the rooftops of 21 buildings were searched which resulted in the recovery of one .45 Pistol with one magazine containing nine rounds .45 ammunition, one nine millimeter projectile, three magazines, and 350 grams of marijuana.
PC Khan is continuing enquiries.