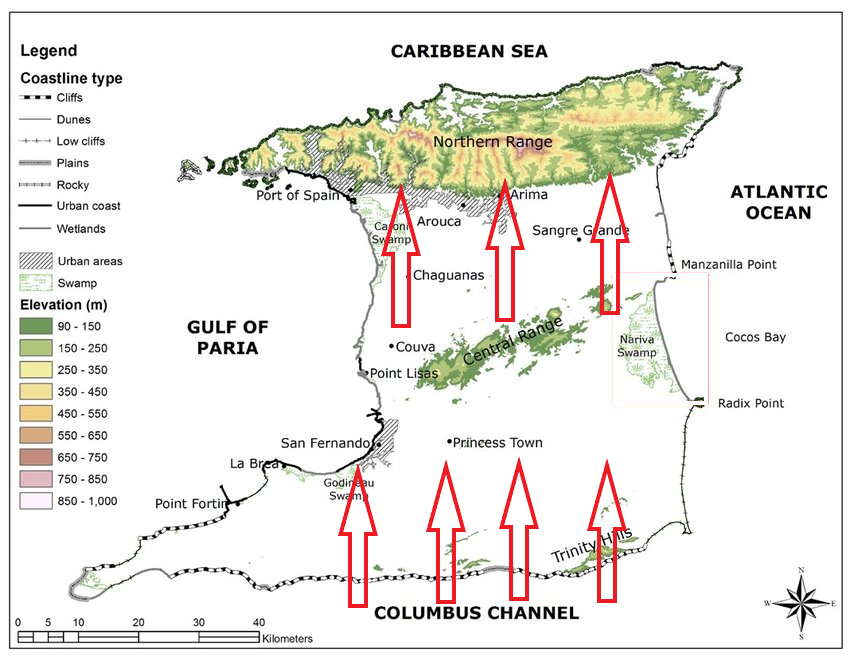 The Meteorological Service of Trinidad and Tobago (MET) said some of the showers and thunderstorms experienced today are being formed due to a process known as orographic lift.

The MET says due to the passage of a Tropical Wave over the area, winds near the surface are coming from the south. Since our ranges are oriented east to west (particularly the northern range), these southerly winds are forced to rise and cool when they meet the foothills. Combined with daytime heating for extra lift, heavy showers and thunderstorms formed at the foothills of the northern and central ranges.

Additionally, the MET says few showers can be observed on the radar near northeastern Tobago, and heavy showers/thunderstorms north of Piarco as well as south of the central range.