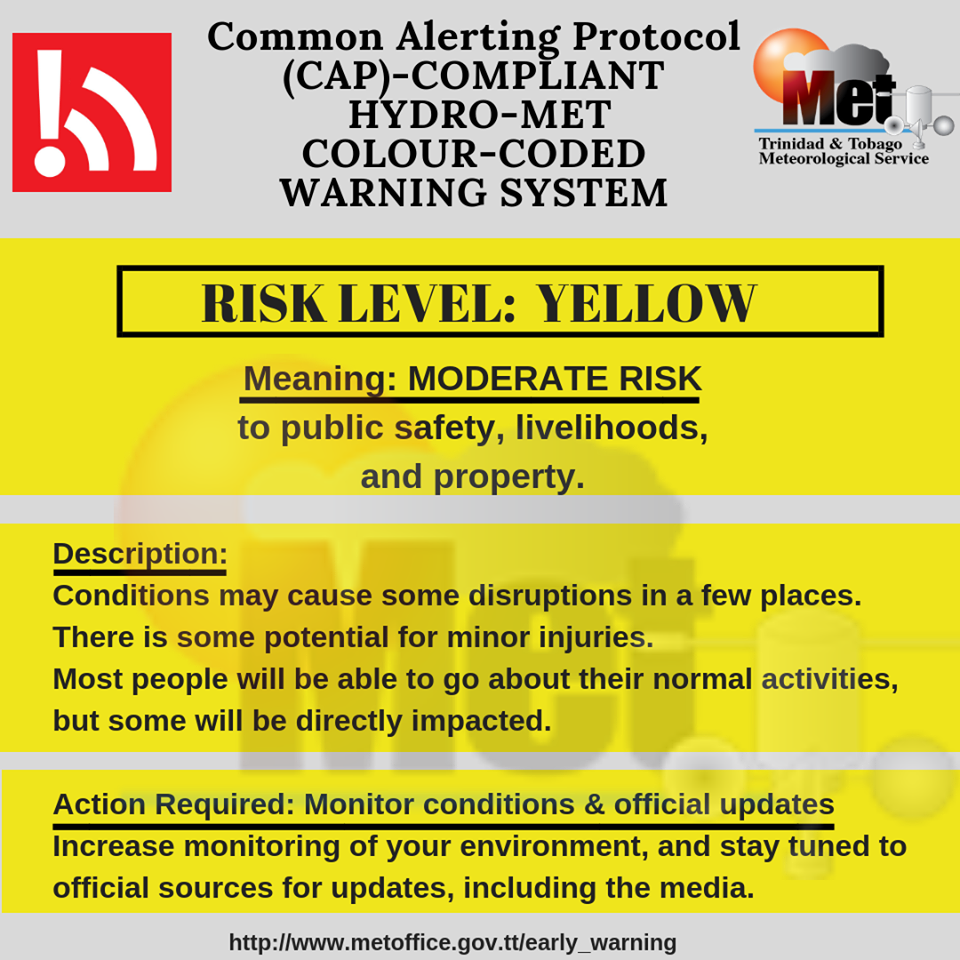 Although the Riverine Yellow Alert is still in effect until 2:00p.m, Meteorologist Bhagwandeen Ramnath said he is not expecting a lot of rainfall today.

Speaking with News Power Now this morning, Ramnath said the Caroni River has reached its full capacity and will overflow into the low lying areas.

Ramnath said the flooding will continue as waters usually subside within 12-14 hours after the event. He said the Riverine flooding alert is based on a previous event, which began on Tuesday.

Meanwhile, the Trinidad and Tobago Meteorological Service (TTMS) predicts cloudy periods with occasional light to moderate showers or rain, which will gradually improve to become settled by late afternoon.

There is a low chance of the isolated heavier shower or thunderstorm.

Night time will be partly cloudy with a few lingering showers.