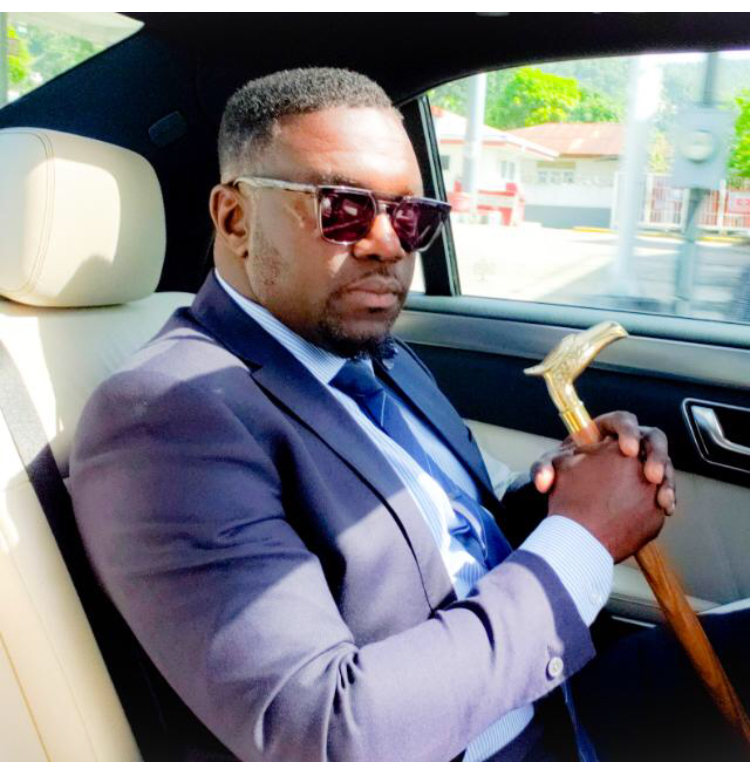 Watson Duke’s back on social media; says T&T Government is trying to set him up

“This PNM Government of Trinidad and Tobago continues to “set-me-up” with the most ugly crimes known to man but thank God for honest citizens (like Dr. Kublalsingh and others) who understand the EVILS of this Government and speak out against it…Thank you all”

Since his arrest the PSA President who is usually active on social media hasn’t posted for an entire week, pending the outcome of his arrest. 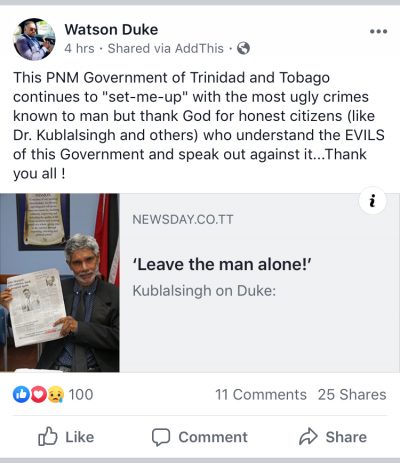 The Minority Leader also shared a report by a newspaper; highlighting the country’s outdated sedition laws.

Head of Father’s Assoc. says men suffer the most violence in this country 0