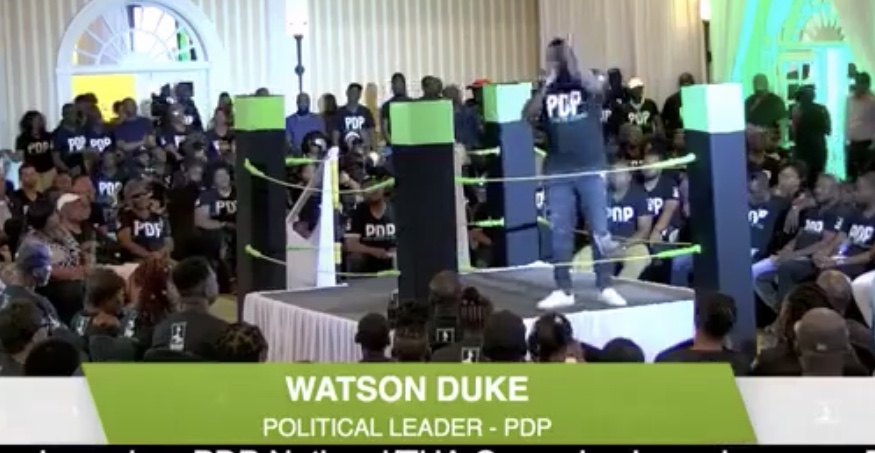 Watson Duke: I’m calling for Secession of Tobago from Trinidad

Political leader of the PDP, Watson Duke, says if the people of Tobago gives his party the Tobago East and West seats in the upcoming General Election in 2020, he guarantees internal self governance for Tobago in six months.

Duke pointed out that legislation that needs special majority including Bail others were passed by both government and opposition agreeing but the Tobago self governance Bill is still stuck in a JSC. He told the supporters gathered for the launch “give me liberty or give me death”.

Duke also insisted that Tobago must have its own Court system, Executive, Legislators and control its own immigration and air traffic control systems. He said Trinidad must have nothing over us in Tobago.

Duke calls for secession of Tobago from Trinidad where Tobago is independent but remains in a union along the lines of the independent European countries and the European Union.