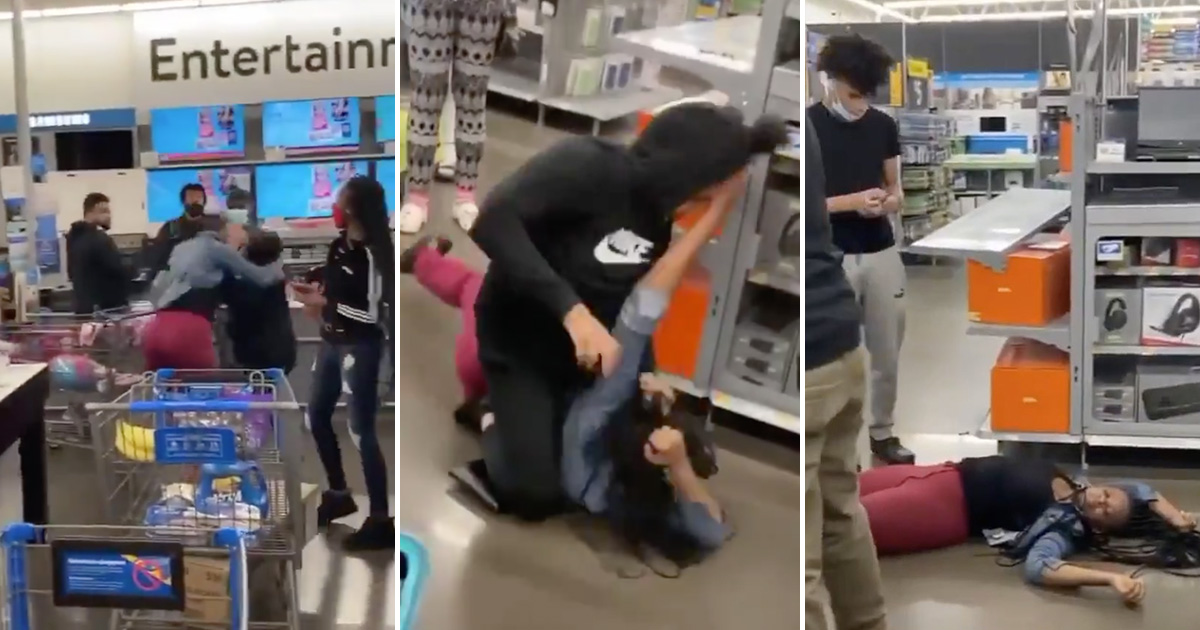 WATCH: Woman Knocked Out in ‘FIGHT’ For A PS5

An American woman was brutally knocked unconscious at Walmart outside of Charlotte, North Carolina, while the altercation was captured on video.

At the North Tryon Walmart, two women were seen arguing while on the checkout line when one noticed that the other had the last PS5 game console in the store.

The argument quickly gained momentum and quickly climaxed into an all out brawl, with one of the women, slamming the other to the floor, and then double foot stomping her head into the concrete floor and was knocked unconscious.

According to social media reports, though, she managed to get up and leave the store on her own, she was later taken to the hospital where she was diagnosed with a concussion.

Here’s the video below: