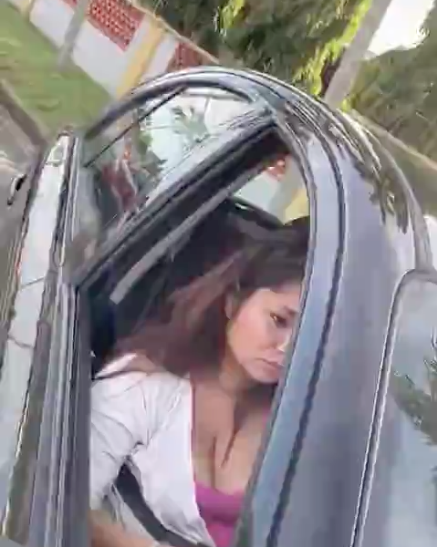 WATCH: Woman hits one vehicle, reverses and hits another then escapes

The woman in this accompanying video, is said to have hit a brand new van that was at a standstill in traffic near the Orange Grove lights.

This is the account of the van occupant’s sister:
The occupant came out of his van to check the damage and the woman took to the shoulder and sped off heading east. The van driver then proceeded to follow the woman, who eventually stopped off of the highway by Savannah Drive. Upon speaking to her, the woman proceeds to say she is not presenting her documents and she is not going into the police station to make a report.
The woman started getting irate, reverses her car, and bounces yet another car driven by an old man now returning to his home in that area and yet again she proceeds to leave without doing the necessary.