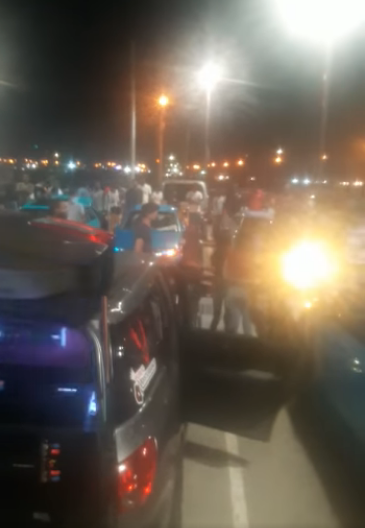 Limers were out in their numbers at the Heartland Plaza at Endeavour, Chaguanas, in the vicinity of Hangers Extreme on Saturday night.

These folks were out in their numbers, mere hours after County Medical Officer of Health, Caroni, Dr Jeanine St Bernard announced that there was an upsurge in the number of positive COVID-19 cases in County Caroni in February and March.
Up to Friday, 60 cases had been confirmed throughout the district.

PM Rowley: Watson Duke is of no concern to me 0