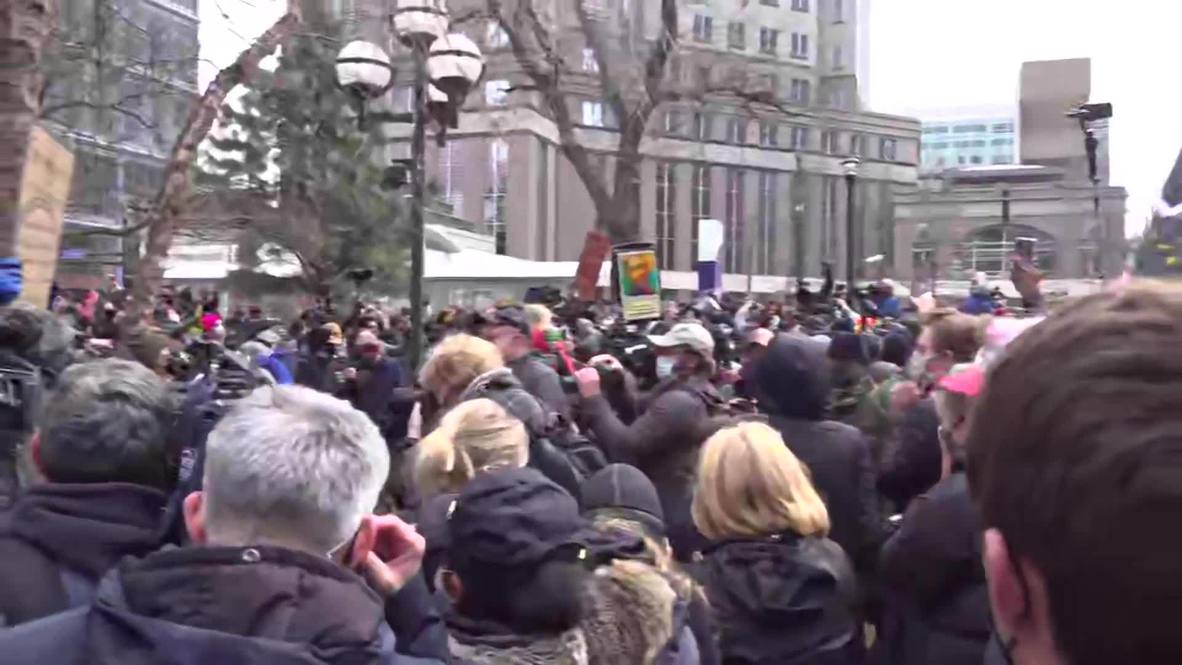 Hundreds of people erupted in cheers when the verdict in the George Floyd trial was announced today.

Those who gathered at the George Floyd square at the intersection, where he was killed in Minneapolis, applauded, cried and screamed on hearing the news, Reuters reports.

Others could be heard chanting “George Floyd” and “all three counts” following the verdict.

Celebrations played out in other parts of Minneapolis as well. One woman was filmed flying a flag out of a car.

The video of Floyd gasping that he couldn’t breathe as bystanders yelled at Chauvin to get off him triggered worldwide protests, violence and a furious examination of racism and policing in the US.

It took the jury of six white members and six Black or multiracial ones have finished deliberations after about 10 hours over two days.

They found Chauvin, 45, guilty of all charges of second- and third-degree murder and second-degree manslaughter.

Brazilians Spend More on Transportation Costs than on Food 0

Light motor vehicles to use PBR until further notice 0