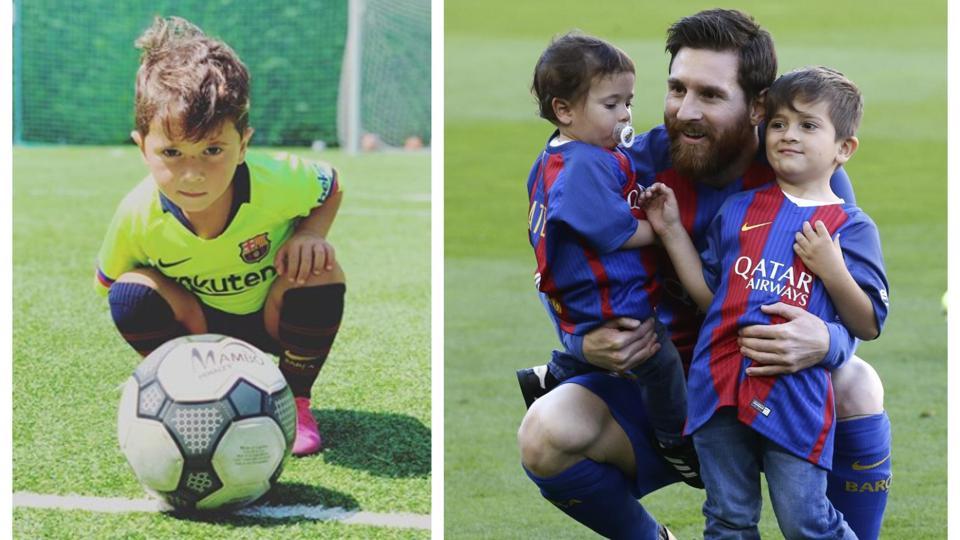 Lionel Messi is one of the greatest football players in the history of the game. He has been dominating the world of football along with Cristiano Ronaldo for more than a decade and has continuously being hailed as the GOAT. Recently, Messi’s son Mateo, showed he has inherited his father’s football talent. The little guy pulled off some pure football tricks like his old man and the Internet cannot stop swooning over it.

Messi’s wife Antonela Roccuzzo has shared a video on Instagram which showed Mateo taking a penalty and celebrating like the FC Barcelona superstar.

“Happy Birthday my love. Just wish you to be happy all your life and never stop being that cute character that makes our lives happy,” the mother said in Spanish.

Messi, meanwhile, is in doubt for Tuesday’s Champions League clash against Borussia Dortmund as he has yet to recover from the calf injury he picked up in August, coach Ernesto Valverde said.