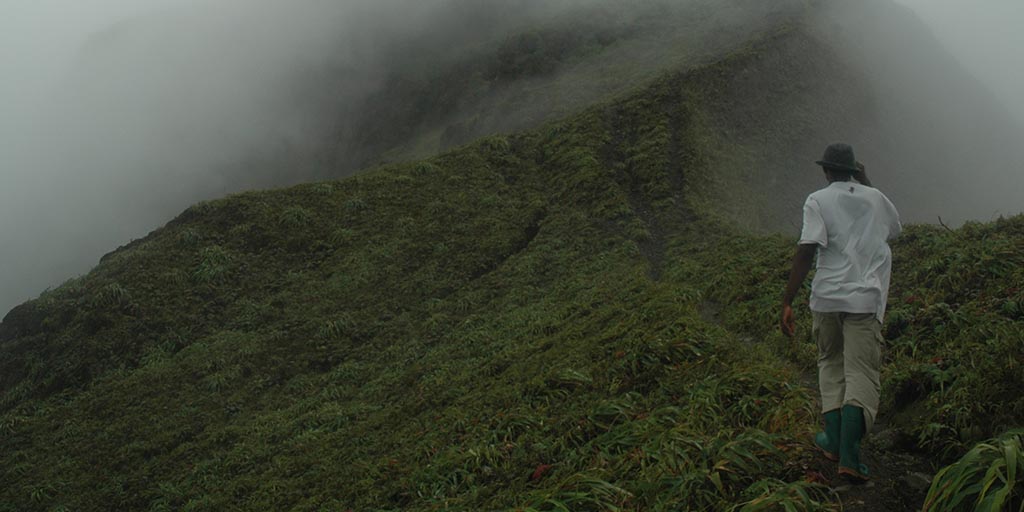 A video has gone viral, that shows a man known as Lava Man in St Vincent, who is well known for hiking to the La Soufriere volcano.

Here is a video of him hiking to the top of the volcano:

There have been at least 30 identifiable explosive events since the start of the eruptive phase of the La Soufriere volcano on April 9, the Seismic Research Center of the University of the West Indies (UWISRC) said on Sunday.

Of the thirty explosive events, however, only the nine large ones which sent ash plumes high in the sky were reported by UWISRC and the National Emergency Management Organization – NEMO on their social media pages.

In a previous post where One News St. Vincent highlighted eight large explosive events, we wrote: “This list is to be taken as a preliminary timeline of the eruptive record of the volcano during this period, as these are eruptions that were reported on the social media pages of UWISRC and NEMO. Official data on eruptive records can only come from the experts gathering data on the eruptive activities at the volcano”.

There is now a total of nine large eruptions.