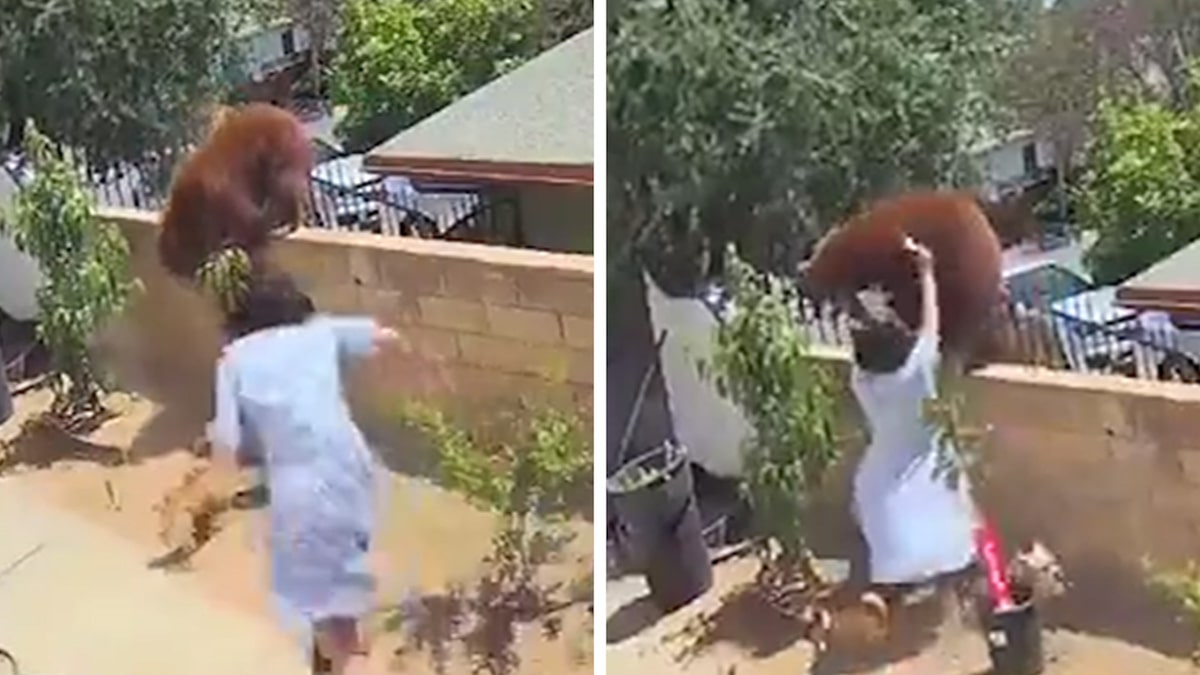 WATCH: Girl Shoves A Bear To Save Her Family’s Dogs

A security camera at a California home was recording when a 17-year-old girl shoved a mother bear off a brick wall to rescue her family’s dogs.

The video recorded by a security camera at Hailey Morinico’s family’s home in Bradbury, in the San Gabriel Valley, shows three dogs in the enclosed yard becoming agitated and barking at a mother bear and her cubs perched on a brick wall dividing the backyard from a neighbour’s property.

The mother bear swats at the dogs as they approach bark at the wild animals, and Morinico, 17, is then seen running into the yard, shoving the bear off the wall, and gathering up the dogs to bring them inside.

Morinico said she rushed outside when she heard the dogs barking, initially thinking another dog must have approached the yard.

Morinico said she panicked when she saw the dangerous situation the dogs were in.

“I see the bear, it’s grabbing my dog, Valentina, and I have to run over there. She’s a baby,” the teenager said. “And the first thing I think to do is push the bear. And somehow it worked.”

Morinico walked away with only a minor scratch, but she recommended others not attempt to follow her example.

“Do not push bears,” she said. “Don’t do what I did, you might not have the same outcome.”

Loading...
Newer Post
Customers to pay more for Internet as Digicel+ raises fees
Older Post
Archbishop Gordon: TT leaders need to grow up and be responsible during this pandemic